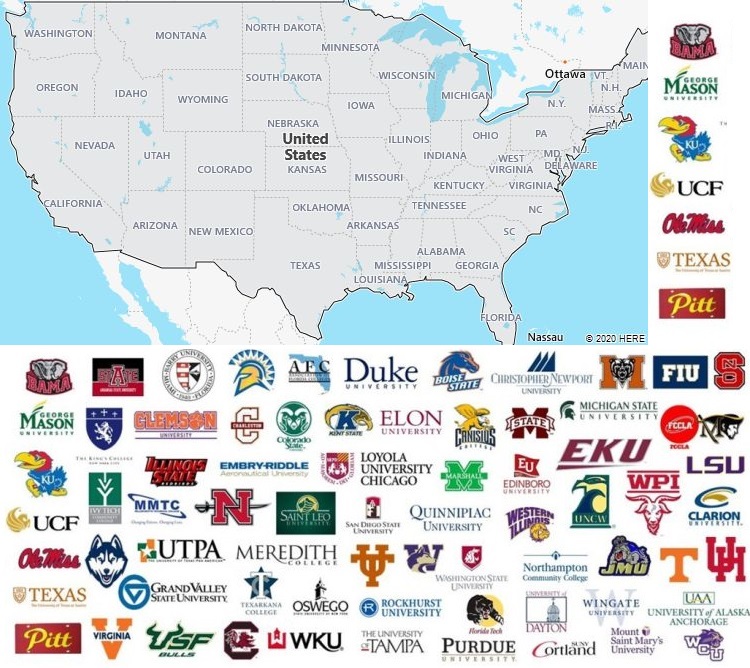 The educational system in the United States is a highly decentralized system that shows wide variations. Washington authorities do not have the right to control the state’s educational policy, but federal rules ensure the provision of education for ethnic minority groups and people with disabilities. But the federal government has become increasingly active in education policy since the 1990s, and educational research is being prioritized with support. There are around 35,000 private schools (2010).

The American system for research and development (R&D) is the world’s largest, and is characterized by diversity, both in terms of the institutions’ tasks, ambitions and quality. In total, there are around 3000 colleges and universities, of which just over 200 confer doctorates. A strong belief in research and higher education has meant a great deal to both business and the economy.

The US media sector has some of the world’s largest players in the press as well as television and radio. Americans watch more TV than anyone else in the world – almost six hours a day (2013) and there are over 15,000 radio stations (2014). In addition, online activities such as Facebook, YouTube, Amazon, eBay and Twitter have been created and developed in the United States. With Hollywood as the center, the United States has also been perhaps the world’s most dominant country in film – “The Golden Age” until the 1960s, stars such as John Wayne and Marilyn Monroe while directors such as Martin Scorsese, Francis Ford Coppola and Steven Spielberg in recent decades has created film history.

The United States has a large and very diverse cultural life. Art and literature were early inspired by European currents. There are twelve Americans who have won the Nobel Prize in literature – with Bob Dylan as the last one in 2016. Authors such as William Faulkner and Ernest Hemingway are considered among the world’s most influential 1900s, and names such as Edgar Allan Poe, Mark Twain and Emily Dickinson are central to their genres.

American music is strongly rooted in traditional African American style and rhythm. Jazz and rhythm music are forms of music in which the United States has played a leading role, with names such as Louis Armstrong and Duke Ellington. Pop and rock music has absorbed much of the traditions, and performers such as Elvis Presley, Bob Dylan, Michael Jackson and Madonna, to name a few, have helped the United States dominate pop music across much of the world.

The United States is the world’s most successful sports country. In addition to its major professional sports such as American Football, Baseball, Basketball, Ice Hockey and Motor Sports, Americans have won more than 2,600 medals at the Olympics – which have been held in the United States eight times.

The people of the United States are very composed, with people from all over the world. 37 different countries are the countries of origin of more than one million Americans. The majority of the population is white, mainly from Germany, Ireland and England, followed by African Americans, and Asians (especially from China and the Philippines). In 2010, about 5.2 million Americans had Native American descent, and about 1.2 million had ancestry from Hawaii or Oceania. Population growth is greatest among Hispanics (Hispanic) and Latinos (Latin Americans), which total a total of about 51 million people, of which around 65 percent are of Mexican descent. From 2000 to 2010, the Spanish-speaking population grew by more than 43 percent, while the rest of the population grew by just five percent.

There is a sharp distinction between state and religion in the United States, but many Americans are strongly influenced by religion, in part because of the heritage of Puritan immigrants. This is probably behind many of the attitudes that affect both politics and public life. About 79 percent of the population is Christian – with Protestants, Catholics and Baptists as the largest subgroups. About 1.7 percent are Jews, there are just as many Mormons, and just under one percent profess to Buddhism, Islam and Hinduism, respectively.

The United States does not have an official national language, but several states have introduced English as the official language. Large immigrant groups continue to use their original mother tongue in between. By far the largest and ever growing group is the Spanish language. Other widespread foreign languages ​​in the United States are French, German, Italian and Chinese.

We list a total of 5,875 colleges and universities in the United States.