Offers a list of all two-year community colleges and technical schools within Maryland, including brief introduction and official website address.

According to Countryaah.com, Baltimore is the largest city in the state of Maryland in the United States. It is located on the Patapsco River, which here extends and forms an excellent harbor, 24 km above its outlet in Chesapeake Bay. The city has 611,648 residents and is part of the larger Baltimore-Washington (Combined Statistical Area) region with 9,764,315 residents (U.S. Census, 2017).

Baltimore is the United States’ fourth largest port city with a large container terminal, and is the starting point for a number of rail lines. The city’s inner harbor has long been a major manufacturing hub, but following the decline of the major industry and rail transport, Baltimore has in recent decades focused on a service-oriented economy, with Johns Hopkins Hospital and Johns Hopkins University as the city’s largest employers.

Baltimore has several beautiful parks: Clifton Park, Druid Hill Park, a plethora of magnificent buildings (City Hall) and monuments (Washington’s monument). Baltimore has over 500 churches, including a beautiful Catholic cathedral, the first built in the United States, and is the seat of a Catholic Archbishop, the primacy of the Catholic Church in the United States. The city has a Catholic university and seminary, several faculties of the Maryland State University. Here is also the well-known Johns Hopkins University with an associated large hospital and Johns Hopkins Applied Physics Laboratory, as well as the Godard Space Flight Center. Furthermore, there are a number of colleges, institutes and museums.

Baltimore was founded in 1729 and named after Cecil Calvert, Second Baron Baltimore. The city was besieged by the British during the British-American War of 1812-15. It was here, during the siege of 1814, that Francis Scott Key wrote the national anthem, The Star-Spangled Banner. When the completion of the Erie Canal in 1825 threatened to transfer all trade with the area west of Allegheny to New York, Baltimore citizens responded by building the first railroad of the United States, the Baltimore and Ohio Railroad, in 1830. The city was ravaged by a major fire in 1904.

Two-year college, home of the Trojans, has main campus in Cumberland, as well as campuses in Pennsylvania, in Somerset and Everett.

Check out this school’s offerings, which include a campus map, faculty and staff web pages, job announcements and an information request form.

Career-oriented institution focuses in the areas of business, office technology, and medical and legal studies.

Discover what this college has to offer, including an academic calendar, course descriptions, important dates and maps for the various campuses.

College offering more than 50 areas of study features an overview of student services, a presidential search and a profile of the bookstore.

The Community College of Baltimore County

Go to the head of the class and the head office by taking these noncredit business classes and programs. Get program descriptions.

Two-year college serves the residents of Worcester, Wicomico, and Somerset counties with credit and non-credit courses. 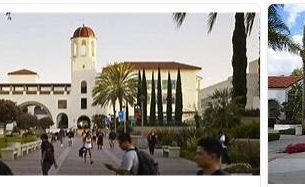