Mining and coinage played an important role in Kremnica. A stroll through the town takes in the Municipal Castle (14th-19th centuries) with Gothic and Renaissance buildings, the Plague Column of the Trinity (1767-72) and the small miners’ houses (18th-19th centuries). The Numismatics Museum contains a collection documenting the coins of Slovakia.
The university town of Banská Bystrica is located in the heart of Slovakia, at the intersection of the Low Tatras, the Slovak Ore Mountains and the Kremnica Mountains, directly on the Hron River. The market square with the pretty town houses and the clock center (1567), which is now a listed building, are worth a visit.

The surroundings of Spisis known for numerous medieval towns, settlements and villages.

Kezmarok : Interesting in this place is the Gothic castle from the 15th century with a chapel (17th century). The remains of the old city fortifications (14th and 16th centuries) can be seen throughout the city. The lyceum (1755) and the bell tower (1586) should not be missed on any city tour. Another attraction is the Protestant church, which was built in front of what was then the city walls at the beginning of the 18th century.

The medieval town of Bardejov has a market square with Renaissance and Gothic style houses. The best example is the town hall (1505-1511), which today houses the largest icon collection in the country. Also worth seeing is the St. Ägidius Church with its 11 Gothic winged altars.

Spisská Kapitula has been the seat of bishops since the 13th century and is now on the UNESCO World Heritage List. Beautiful religious buildings such as the monastery of the Brothers of Mercy and a baroque castle are worth visiting. Spis Castle (12th century) is the largest medieval castle in Central Europe.

Kosice is the center of eastern Slovakia. The Elisabethdom from 1508 with its carved wood main altar is one of the most beautiful Gothic cathedrals in the world.
Numerous buildings and places are under monument protection, e.g. B. the farming village of Vlkolinec (UNESCO World Heritage), Cicmany and Zdiar, and the open-air museums with examples of traditional architecture in Pribylina, Zuberec, Martin and Bardejov give an insight into bygone times.

Soups, stews, boiled and stewed vegetables, dairy products, roasts and smoked dishes are all on the menu, each with a regional flavor. Salty and sweet dishes usually have flour as the main ingredient, and the various types of dumplings are particularly popular. Bryndzové halusky (potato dumplings with sheep’s cheese) is particularly well-known. Drinks: Local beers, wines and mineral water are popular. Country specialties are Slivovica (plum brandy) and Borovicka (strong gin). Trokaj wine and sparkling wine from the Bratislava area are world famous.

There are over 1000 hotels. In the high season (May – October, but especially July/August) accommodation is scarce, advance booking is recommended. Currently there are hotels of higher class in Bratislava, the district towns, e.g. B. Banská Bystrica and Kosice, the well-known spas and tourist centers in the central and eastern part of the country. More information from Slovak Restaurant and Hotel Association, Cikkerova 5, SK-974 01 Banská Bystrica. Tel: (048) 414 46 69. (Internet: www.isternet.sk/zhr). Categories: The international 5-star system has been introduced. Private bathrooms can generally be expected from 3 stars and above.

At campsites, which are divided into four classes, the general facilities include showers, cooking facilities, a shop and in some cases rental caravans. WC, drinking water and a covered cooking facility with washing-up facilities. In the higher classes there is also a kiosk, showers with hot and cold water, toilet, washing and ironing facilities, reception, lounge, sale of souvenirs, etc. For more information, contact the Slovak Camping and Caravanning Society, Dom Sportu, Junácka 6, SK-832 02 Bratislava. Tel: (02) 49 24 92 26.

Fall into four classes. In cheaper motels, each room has a sink with hot and cold running water and central heating. There is a separate bathroom and toilet for men and women on each floor. In higher-end motels, one can expect an elevator, a bath or shower in each room, a radio, and sometimes a television.

Mainly Roman Catholic (68.9%); also Protestants (10.8%), followers of the Reformed Church, Lutherans, Methodists, Baptists and Jews. In the eastern part of the country there is also a Greek Orthodox faith community (4.1%).

Continental climate with four distinct seasons. The average daily temperature is -2°C in winter and 21°C in summer. January is the coolest month, July and August are the hottest. 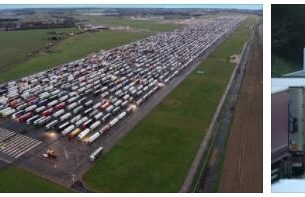 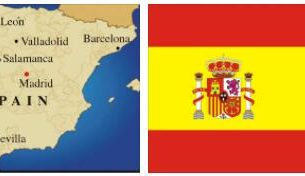 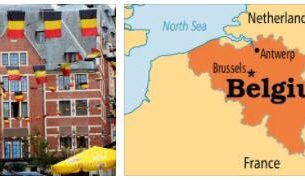