There are six main islands and many smaller cays, most of which are uninhabited.

Tourism is concentrated on the island of Providenciales, which is also home to the Club Mediterranée resort and the Ramada Turquoise Reef Resort. Dream beaches, the beautiful coast, the clear water and the colorful coral reefs are the main attractions of the island. Most tourist facilities are in the Turtle Cov e and Grace Ba y area.

The fishing grounds around West Caicos are excellent. The deep water offers excellent diving opportunities. The island is currently uninhabited and only occasionally visited by adventurous yacht owners and fishermen, as well as thousands of seabirds.

North Caicos: The hotel complexes Prospect of Whitby, Ocean Beach and Pelican Beach are located on the long, secluded white sandy beaches. You can relax here in absolute peace and seclusion or go for walks.

Pine Cay offers one of the most beautiful beaches in the Caicos Islands. Here is the Meridian Club, one of the archipelago’s finest resorts. Pine Cay is part of the Caicos Cays Underwater National Park. The coral reefs of the Caicos Bank offer a fascinating underwater world.

Parrot Cay is located between Providenciales and North Caicos. An exclusive resort was built on the formerly uninhabited island.

There are no hotel and resort centers on Middle Caicos or Grand Caicos. The island is known for the hospitality of its residents. The island is blessed with a decidedly romantic coastline, to the west of the Conch Bar the coastline is heavily jagged, forming pretty little coves. The island’s caves are impressive.
East Caicos: This uninhabited island is home to some of the best beaches in the Caribbean.

The town of Cockburn Harbour is located on a small mountain range in the extreme southwest of South Caicos. A colorful spectacle is offered by the boats that dock here every day from Cap Haïtien in Haiti loaded with fruit and vegetables. Cockburn Harbor is a quiet friendly place where evening walks are very popular. During the day you can lounge in the sun on one of the many beaches. As is the case throughout the islands of the Turks and Caicos archipelago, visitors will find excellent opportunities for deep-sea fishing, sport and pleasure cruising and, last but not least, scuba diving.

This archipelago is smaller and is separated from the Caicos Islands, 35 km away, by the Columbus Passage ; it consists of two main islands and a few smaller, uninhabited cays.
Located just a short flight from South Caicos, Grand Turk is the historical and cultural center of the Turks and Caicos Islands. The small island capital of Cockburn is the administrative seat and economic center of the entire archipelago. Front Street has a number of colonial buildings with beautiful gardens. Just off the coast is the Turks and Caicos National Museum ; here you can see the oldest shipwreck in America, as well as manuscripts, prints and artifacts of the culture and history of the islands. There are numerous beautiful bays on the east coast. You can fish and dive to your heart’s content on Grand Turk.

Salt Cay, the loveliest of the Salt Islands, has beautiful beaches. Salt is still mined here today. The island’s landmark is a large white house that was built around 1830.

There are some small nightclubs and discotheques. Hotels often organize beach parties and other entertainment programs. Events are often announced on the radio by the local station.

There are only a few bars and restaurants. Meals are usually taken in the hotels. Island specialties include whelk soup, creamy sea snail soup, lobster and fresh fish. European dishes and American snacks are also offered. Some restaurants have buffets, but table service is common. Drinks: Alcohol is available everywhere. Rum punch and cocktails are delicious, and most bars have a wide selection of imported beers, wines, and spirits.

They shake hands to greet each other. Hospitality is a matter of course. If you are invited home by one of the friendly islanders, you should return the favor with a return invitation. Small gifts from the visitor’s home are gladly accepted. Casual attire is appropriate for most occasions; Swimwear should only be worn on the beach. Tipping: Tipping is not expected in hotels as a 10-15% service charge is added to all bills. In the restaurants 10-15% is usual.

Tropical climate, the trade winds bring welcome cooling. Temperatures are usually around 28°C during the day and around 24°C at night. Nights can also occasionally be chilly. 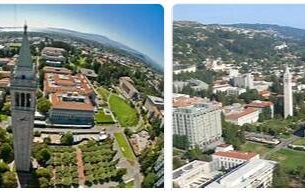 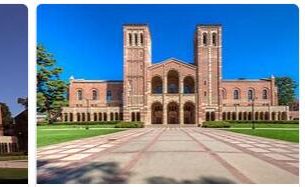 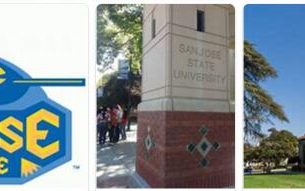