Nelson’s Dockyard at English Harbor is one of the few hurricane-free natural harbors in the Caribbean. English admirals Nelson, Rodney and Hood used it as a safe naval base
during the Napoleonic Wars. Clarence House, which overlooks Nelson’s Dockyard, was the seat of the Duke of Clarence, later King William IV. Today, Clarence House is the summer residence of the Governor-General and is regularly open to visitors.

The islanders claim that there are as many beaches on the island as there are days in the year. The island’s bird and insect life is particularly rich and there are many beautiful corals and tropical fish in the coastal waters; you can also visit some interesting historical sites. Sailing trips to Bird Island are offered by several operators. Many hotels offer excursions in glass-bottom boats to admire the reef. A restored pirate ship offers day or evening tours; Food, a wide range of drinks and an entertainment program are included in the fare.

Parham, to the east of the island, is known for its 18th-century octagonal church, which still has some plasterwork.

Indian Town is one of Antigua’s nature reserves and is located in the east of the island. The pounding Atlantic surf has carved the rocks into Devil’s Bridge and carved holes in the cliffs from which the spray spurts out. The lake, which now dominates the inland landscape, is the work of man. It was created by the construction of the Potworks Dam and is Antigua’s largest lake with 4.5 billion liters of water.

This uninhabited rocky islet is about 55 km southwest of Antigua. A few English eccentrics helped the islet to become famous for over a century. In 1865 Redonda was “claimed” by a certain Matthew Shiell as a kingdom for his son Philippe. The successor of “King Philippe I”, the English poet John Gawsworth, made well-known writers of his time earls and countesses of his kingdom; the lucky ones included JB Priestley, Dylan Thomas and Rebecca West. The island is known among ornithologists for its small population of cave owls – a bird that is already extinct on Antigua.

Fig Tree Drive is a ring road that winds through tropical rainforest, attractive rolling hills and beautiful fishing villages on the south coast. This tour can be done by taxi.
On Greencastle Hill stand tall, mysterious megaliths that may have been built to honor the sun god and moon goddess.

Shirley Heights and Fort James testify to the British determination to deter invasion with fortifications and to consolidate their position in the colony in the 18th century. Shirley Heights was named after General Shirley, who later became Governor of the Leeward Islands (1781). One of the main buildings, the Block House, was built by General Matthew in 1787 in case of a siege. Nearby is the cemetery with an obelisk commemorating the fallen of the 54th Regiment. St John
‘s Cathedral was originally built in 1683 but replaced by a stone building in 1745. An earthquake destroyed it almost 100 years later and in 1845 the cornerstone of today’s cathedral was laid. The figures of the disciple John and of John the Baptist on the south gate are said to have come from one of Napoleon’s ships and were brought to the island on a British warship. The market is located near the port of St. John’s and is a worthwhile, colorful place to visit, especially on Saturday mornings.

The island has wonderful secluded beaches and a densely forested interior that is home to wild boar, fallow deer and numerous bird species. The bird sanctuary in the northwest of the island is located in the middle of a lagoon covered by mangroves. Anyone who has seen the frigate birds in flight, with a wingspan of up to 2 m, will never forget the sight. The island is still relatively untouched and a paradise for nature lovers. Codrington, the largest and only town, is on the edge of a lagoon. It is named after an English family who once leased the island from the British Crown for “a fatted pig a year.”

Fine art prints, earthenware, clothing and batik fabrics, and jewelry with semi-precious stones from Antigua are nice souvenirs to bring back. Fine English china and crystal, jewels, perfumes and watches are all available at reasonable prices. Heritage Quay, in St. John’s CBD, is a shopping and entertainment center with 40 duty-free shops, a theatre, hotel, restaurant and casino. Redcliffe Quay, a shopping center located in the former slave quarter, offers similar facilities. Shop opening hours: Mon-Fri 08.00-12.00 and 13.00-16.00; some shops and pharmacies do not close for lunch. Sat 08.00-12.00. Thursday mornings only.

Steel bands, calypso singers, combos and limbo dancers perform in hotels almost every night. There are several casinos and nightclubs. Some hotels have their own nightclub.

Casual wear is accepted in all bars and restaurants. Excessive consumption of alcohol is frowned upon; if the host is of the opinion that a guest has drunk too much, further serving will be refused. Antigua’s culinary specialties are lobster and fish dishes. Larger hotels offer a wide range of imported meats, vegetables, fruits and cheeses. Local delicacies include lobster with lemon butter, funghi (porridge with saltfish), chicken casserole, mutton or goat stew, pilafs and curries. Drinks: There are imported wines and spirits, but also non-alcoholic drinks and local fruit juices. Local refreshments include cocktails made from freshly squeezed fruit juices (often mixed with a dash of rum), coconut milk, brown and white Antigua rum (Cavalier), rum punch and the local beer Wadadli. Of course, ice-cold fruit juices also taste great on their own. A government tax of 7% is added to most restaurant bills.

In summer (May – November) hotel prices are much lower. Many hotels close in September. A government tax of 8.5% is added to all hotel bills. Several hotels offer accommodation for disabled people. All international hotels belong to the Antigua Hotels Association. Address: Island House, Newgate Street, PO Box 454, St. John’s. (Tel: 462 03 74. Web: www.antiguahotels.org). Categories: There is no official classification, but around 50% of the hotel rooms correspond to the usual standard for international 4 and 5 star hotels. Air conditioning and fan are part of the equipment. A complete price list of all hotels and guesthouses is available from the Antigua Tourist Office and Airport. ANTIGUA: The rooms in most of the larger hotels have air conditioning or fans. The menu is extensive. In the hotels of the better class, a variety of leisure facilities such as tennis courts and water sports facilities are available. Evening entertainment is also provided. Pensions are cheaper in comparison, offer basic clean accommodation, sometimes with meals. Apartments are also available. BARBUDA: Less developed for tourism than Antigua. The rather austere beauty of the island has a character all of its own. There are currently three major hotels and a few villas and guesthouses.

Clothing: Casual attire is common, but scant swimwear is appropriate for the beach. If more elegant clothing is expected, this will be indicated in the invitations. Social etiquette: relatives and good friends hug each other when they greet each other. Friends often visit each other spontaneously without prior notice, but you should only visit acquaintances and business partners by prior invitation. Gifts are only given on special occasions. Flowers are appropriate for more formal dinners; You should only bring alcohol if you have been warned about it beforehand. Smoking is permitted almost everywhere in public. Tipping: 10% service charge is sometimes included in hotel rates and restaurant bills, plus 8.5% government tax. If you are not sure whether the service is already included in the bill, you should ask. Otherwise, a tip of 10-15% is customary in restaurants. Taxi drivers expect 10-15% of the fare, porters at the port or airport expect US$1 per bag and maids US$1 per day.

The temperatures are warm all year round, the precipitation rate is relatively low. The average water temperature is 26-28°C. The hurricane season is from June to November. 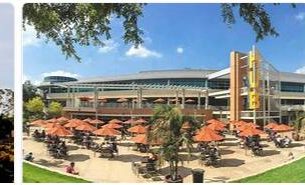 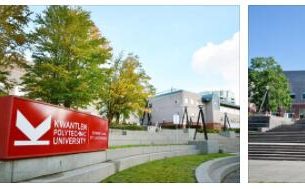 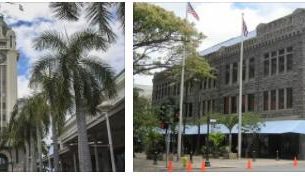