The diverse flora and fauna of the southern Sahara can be admired in La Boucle-du-Baoule National Park, which is home to giraffes, leopards, lions, elephants, buffalo and hippos, among others.

Djenne is one of the oldest trading towns on the Trans-Saharan caravan route. The city was founded in 1250 and has a beautiful mosque. The original Djenne was created around 250 BC. Founded about 5 km from today’s city.

Mopti is located at the confluence of the Bani and Niger. The city stands on three islands connected by causeways. The city’s mosque and the Marché des Souvenirs are worth seeing.

Southeast of Mopti, on the Bandiagara Plateau, lie the villages of the Dogon tribe, whose ancient customs and customs have remained largely untouched by Islam. These extremely picturesque settlements should only be visited on organized tours or with a guide so as not to disturb the still very traditional way of life of the residents too much.

The Bandiagara Cliffs have been classified as a World Heritage Site by UNESCO. The Dogon are believed to be the original inhabitants of the Niger Valley and for thousands of years inhabited villages carved into the rock along a 200-km long cliff . Although most of the tribes are now in the plains settled, these ancient cliffs still remain.

Timbuktu was the center of the lucrative gold and salt trade and a center for Islamic studies in the 15th century. Much of the old city has fallen into disrepair, but some beautiful mosques (e.g. Djingerebur, Sankore and Sidi Yahaya ) and 14th-century tombs still bear witness to its bygone splendour. Part of the UNESCO World Heritage Site, including nine medieval mausoleums and the Sidi Yahaya Mosque, was destroyed by the radical Islamist Ansar Dine militia in 2012 and restored in 2016 under UNESCO supervision.

Battle masks of the Bambara, Dogon and Malinko tribes; Wood carvings, gold and silver jewelry, woven fabrics, mats, copper items. The Ségou region is famous for its pottery and earthenware, and Timbuktu is excellent for iron and copper ware such as swords, daggers and traditional household items.

Nightclubs can be found in Bamako.

A particular specialty is La Capitaine Sangha, a type of perch served with hot chilli sauce, fried bananas and rice. The choice of restaurants is limited. Hotel restaurants are also open to non-guests. Beverages: Spirits are available in bars; there is a huge selection of refreshing fruit juices. Tamarind and guava juice are specialties. A traditional drink is tea from Mali, which is served in three infusions in an ancient ritual.

Only in Bamako do the hotels meet international standards. In the other cities there are simple accommodations, some of which have air conditioning. Accommodation options are limited and prices are correspondingly high, so booking in advance is a must. More information from the Office Malien du Tourisme et de l’Hôtellerie (see addresses).

The locals are very hospitable and proud of their country’s history and culture. One should respect religious mores and customs; Women should dress modestly. Photography: Military installations, the Markala dam, Sénou Airport and law enforcement officials are not allowed to be photographed. Tipping: 10% in restaurants and bars, taxi drivers do not expect a tip. Porters receive 100 CFA Fr per piece of luggage.

There are three seasons that vary according to latitude. The rainy season is from June to October, it is less pronounced in the north. The cooler season (October – February) is followed by very hot and dry weather until June. 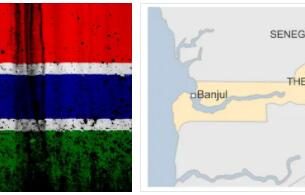 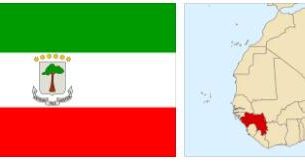