Portobelo is 48 km east of Colón. The port entrance is guarded by three large stone forts. In the town there is an old Spanish cannon to visit. The treasury where the Peruvian gold was kept is also interesting.

16th-century Fort San Lorenzo sits at the mouth of the Rio Chague.

The second largest city in Panama is located on the Caribbean Sea. Visitors should check out the cathedral and statues along the promenade commonly known as Paseo Centenario.
Excursions:
An interesting excursion destination are the San Blas Islands , which consist of 365 islands. This is where the Cuna Indians are at home. There are no roads, but small planes fly to several runways. Further information is available from the Panamanian Tourist Office (see addresses ).

Balboa is located between the canal and Ancón Hill. An hour’s boat ride from the city is the island of Taboga with beautiful beaches and excellent hotels. The means of public transport are taxis, also called pangas here. For a longer trip, there is a boat trip to the Archipelago de las Perlas, whose islands are mainly visited by deep-sea anglers.

The most beautiful sights can be found in the old town, including the Plaza de Francia, the Palais de Justice, the Paseo de las Bóvedas and the Santo Domingo Church. Right next to it is the Museum of Colonial Religious Art. The Presidential Palace is across the bay. The ruins of Panamá Viejo, the original Panamá, are 4 miles (6 km) from the city.

The Panama Canal west of the city attracts many tourists and a train or bus trip along the canal is recommended – the scenery is beautiful and the canal’s workings fascinating. A boat trip is even nicer. The travel time from the Pacific to the Caribbean coast is approximately 8 hours.

Excursions: A popular excursion destination is the rainforest in the Soberania National Park, 40 km north of the city, where you can admire numerous species of birds.

The province of Chiriqui is located about 450km west of the capital and consists of volcanic highlands with numerous waterfalls, rivers and breathtaking mountain scenery. It is best known for its cattle and thoroughbred horses, as well as banana and coffee plantations. Here is the dormant Baru Volcano (3475 m), adjacent to which is the resort town of Boquete and the mountain resort of Cerro Punta. Baru National Park is particularly known for its quetzal birds. Several daily flights from Panamá (flight time 1 hour).

Panama in particular has a lot to offer for night owls. The offer ranges from nightclubs and casinos to folk dances, belly dancing and classical theatre. All major hotels and numerous clubs have shows and dances. Music, dance, casinos and cinemas provide entertainment in the other larger cities.

There is a wide variety of restaurants in Panama and other major cities. Local specialties include ceviche (fish in lime juice, onions and peppers), palacones de plátano (fried plantains), sancocho (Panamanian stew with chicken, meat and vegetables), tamales (spiced pie wrapped in banana leaves), carimañolas and empanadas (pancakes with meat, filled with chicken or cheese). Table service is common. In hotels, bars and restaurants there is a large selection of wine, spirits and beer.

Numerous new hotels are currently under construction. The projects are not only limited to Panamá, but also include the interior as well as mountain and coastal regions. The offer ranges from hotels with international standards to inexpensive country inns and new holiday hotels to very simple hotels. A 10% tax will be added to all hotel bills.

There are no official campgrounds, but you can camp on some beaches and stretches of the Panamericana.

Manners: When greeting someone shakes hands. The local culture is a vibrant mix of Spanish and American lifestyles. Dress: Casual attire is appropriate. Tipping: 10% is customary in hotels and restaurants; Taxi drivers do not expect tips.

Tropical climate. Higher humidity on the coasts than inland. High temperatures all year round, cooler in the mountains. The rainy season lasts from May to November. On the Pacific coast, rainfall is twice as high as on the Caribbean. Best travel time mid-December to March. 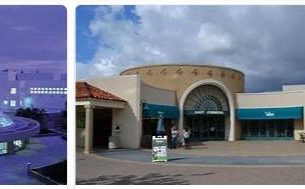