Shops such as the Melanesian Arts Center (website: www.melanesianarts.com.pg) in Lae offer a wide range of handcrafted products. The many street vendors that are everywhere offer an alternative. You can often buy the goods directly from the villagers. Popular souvenirs include ceremonial masks and statuettes from Angoram and the Sepik region, buka basketry, bows and arrows, decorated axes, pottery and other local handicrafts. The butterfly farms ship rare species all over the world. Colorful bilums (traditional mesh bags made from plant fibers or wool) are available in a variety of sizes almost everywhere; the locals use these practical and sturdy bags for a variety of purposes, including shopping, storing tools and carrying babies. The best place to buy groceries is at one of the many markets, where you can often find clothes as well as fresh fruit and vegetables. One of the largest and most beautiful markets is the market in Goroka. Bargaining is allowed in moderation, but one should not be too insistent. If the goods are marked with price tags, there is no need to haggle. It is advisable to take enough small change with you, as the dealers often do not have change. It is considered rude to touch goods that you do not intend to buy.

Fresh fish, meat, vegetables and fruit such as Foods such as pineapple, papaya, mango, passion fruit and banana are on the menu. The traditional cuisine of Papua New Guinea uses a lot of root vegetables such as taro, kaukau and yams, as well as sago, poultry and pork. As everywhere in the South Seas, the dishes are hardly seasoned. On special occasions, the dishes are cooked in the earth oven. For this purpose, a hole in the ground is dug, hot stones provide the necessary temperature. The ingredients are layered on top of each other and cooked for several hours. On very special occasions, a whole pig is sometimes prepared in the earth oven. Most larger hotels have a restaurant where non-hotel guests are also welcome. In the better developed regions the choice of dishes is large, in more remote areas the dishes are simpler. Table service is common.

Sometimes dishes that are unusual for the European palate, such as ants, bats or snakes, are on the traditional menu. Since some of the animals are under nature protection, you should refrain from trying them.

Tipping is not customary and is not appreciated.

In Papua New Guinea, you can drink alcohol from the age of 18.

International standard hotels can be found in Port Moresby, Lae, Madang and most major cities. Most motels offer good and inexpensive accommodation.

General: Some tribes in the interior of the country still live according to their traditions handed down over many generations with rituals that do not always seem understandable from a European point of view; respectful restraint is required. Many locals are illiterate, especially women. Manners: When greeting someone shakes hands. It is considered respectful not to look each other in the eye. Clothing: Clothing is allowed to be light and casual. Shorts are perfectly acceptable, but are discouraged in some nightclubs and discos. Swimwear should only be worn on the beach or swimming pool. In some hotels, long trousers are considered good manners for men in the evenings, and ties are rarely required. For special social occasions, a long dress is appropriate for women. Security: Although the security situation has improved significantly in recent years, the crime rate is still very high in some parts of the country. It is best not to go out alone, especially after dark. Valuables such as jewelry or large amounts of cash should not be displayed. Photographing: People should be asked before being photographed. Many locals like to be photographed, but some indigenous people do not allow themselves to be photographed for religious reasons. For your own safety, you should be careful not to continuously present an expensive camera to everyone.

The coasts have a hot, tropical climate. Cooler in the highlands with different climatic conditions in the different areas influenced by the trade winds in the southeast and the monsoon in the northwest. Highest rainfall during the northwest monsoon between December and March. In Port Moresby it is the dry season at the same time. Sometimes frost and snowfall at high altitudes. 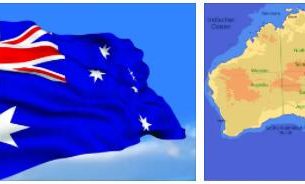 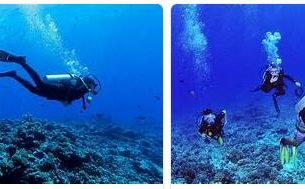 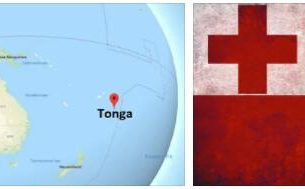