Andorra is a real shopper’s paradise for bargain hunters. Due to the low tax rates and the possibility of free trade, high-quality goods can be offered at particularly low prices. Local wood carvings are a popular souvenir. The many specialist shops and shops offer particularly professional advice. Most shops and shopping centers are located in the capital, Andorre-la-Vieille, and in the municipalities of Sant Julià de Lòria, Escaldes-Engordany and Pas de la Case. Due to the low sales tax, luxury items such as gold, jewelry, watches, leather goods, branded clothing and cosmetics are among the most sought-after items. But petrol and groceries are also particularly cheap. Duty-free goods such as spirits, tobacco, perfume and electronics such as cameras often attract day trippers from Spain and France.  The perfume industry has a long tradition in Andorra. There are over 100 perfumeries throughout the Principality. As a rule, the summer sale runs from the end of July to the end of August and the winter sale from the end of December to the end of February. However, there are no set rules, the individual shops determine the time for the sale themselves.

In contrast to the Spaniards, the Andorrans tend to have a quieter nightlife. If you don’t stay at home, you can meet up in one of the many bars or restaurants. Nevertheless, Andorra also offers a variety of entertainment options at night. In the resorts and larger cities there are numerous cafes, restaurants, bars and nightclubs that are open all year round. The most traditional music club in the country is the Piano Bar-style Club Angel Blau in Andorra la Vella. Famous jazz musicians from all over the world regularly give concerts here. The atmosphere is particularly good when local stars appear. In the legendary Panamà Cafè in Andorra la Vella, furnished with retro elements, salsa music is played on the weekends. Centrally located in the center of Escaldes-Engordany, Polaris is one of the oldest bars in the country. Loyal customers and a pleasant atmosphere make this bar the ideal place to end the day with a game of darts and a drink. In Pas de la Case you can dance until dawn in one of the 20 nightclubs such as the Bilbord, the Mexicano or the Underground. Escaldes-Engordany, Ordino and Andorra la Vella have bowling alleys and bingo halls open late into the night. Andorra also has something to offer culturally. The Principality’s most important theaters are the Auditori Claror in Sant Julià de Lòria and the Teatre Comunal d’Andorra la Vella in Andorra la Vella.

The cuisine is predominantly Catalan and is influenced by both French and Spanish cuisine. Mainly local agricultural products such as bacon, fish and meat (rabbit, lamb, veal, goat) as well as vegetables, cereals and fruit are used. Eating out is quite expensive. The quality and prices of the restaurants correspond to those in small French or Spanish resorts.

Supermarkets and shops sell cheap alcoholic drinks (duty free), but they are expensive in the bars. The bars are open late.

It is customary to round up the invoice amount by about 10%.

Drinking habits in Andorra are similar to those in France or Spain. Wine is a popular drink and is often diluted with water for lunch. But beer, mineral water, juices and lemonades are also frequently drunk. Coffee is a popular drink. The popular vi calent e cremat (warm and flambéed wine) is particularly popular in Andorra la Vella.

There are over 350 hotels and inns with a total of 35,000 beds, most of which open in summer and during the ski season. Advance booking is recommended during the summer months (July – Aug). Hotels and restaurants are registered with the Tourist Office and must respect advertised prices and services. Address of the Hotel Association: Unió Hotelera d’Andorra, Antic Carrer Major 18, Andorra la Vella. Tel: 82 06 25. (Internet: http://www.uha.ad)

There are 25 campsites in Andorra, mostly located near larger cities. Many offer shopping, caravan sites and other facilities.

The constitution guarantees freedom of religion. The population is predominantly Roman Catholic (about 90%). About 1% of the population are Jehovah’s Witnesses, and there are also some Protestant and one Jewish community.

Temperate climate with warm summers and cold winters; precipitation all year round. 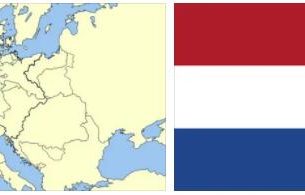 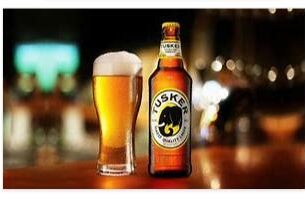 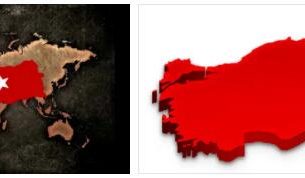