Last semester, I did a semester abroad in Hayward, California.

Since the partner universities of our Münster University of Applied Sciences did not appeal to me, I found out on my own what other offers were available. I came across MicroEDU.com pretty quickly. After thinking about it, I decided to go to Cal State East Bay. The main reasons for this were that you get student loans there, the proximity to San Francisco and the comparably low tuition fees.

Cal State East Bay is in Hayward, a medium-sized town in northern California. Hayward is nothing special, but only half an hour away is San Francisco and SF is definitely special. J
I and 2 fellow students from Münster have rented an apartment in an apartment complex (City View) near the university. Unfortunately without furniture, so we had to buy all the things together first. Which is not that easy if, for example, you don’t have a big car around mattresses and the like. to transport. But otherwise the whole thing was relatively easy to organize and the fact that we were foreigners wasn’t a problem at all. Our nationality was also one of the smaller problems with other things, such as buying a car or taking out insurance.
For me it was more of a problem that there are extra fees and hidden costs waiting for you everywhere, so always plan some buffer!
Maybe also a few words about buying a car in general. See more student reviews of universities in North America on existingcountries.

We decided to buy a car because there is a bus, but it basically only goes back and forth between Uni and Bart. There is also the Bart, which travels from Hayward to SF and one or two other larger cities such as Berkeley. But that’s about it. And since the university is on a mountain, it is difficult to walk anywhere. So it was clear to us that we needed a car. We bought ours from one of the car dealerships in Hayward and there are 100s of them. You have to be more than careful and compare well, because they want to rip you off. But it is possible to find something. Then you have to take out insurance. We decided on Progressive because they were one of the few who also insured foreigners.

In everyday life you come into contact with Americans quickly and well, as everyone approaches you very openly and open-mindedly as soon as they have noticed that we are not Americans.
Of course, getting to know Americans is also very important to you, so if you want to get to know someone you have to take the first step yourself and try to integrate.
For example, in addition to my normal business administration courses, I took a football course, which incidentally was free for foreign students. It was easy to get in touch with a lot of people there.

As far as the courses are concerned, I was very lucky, as my college is very accommodating when it comes to crediting. You don’t get the courses that you choose from the start, you have to take more or less what is left over.
I really enjoyed the courses that I received. I hardly had any difficulty with the language, even though my English was not the best. Since it is typical in America that the exams are almost all multiple choice exams, the whole thing was made easier. I had a total of 6 courses, two of which were international classes, but I would advise everyone against doing them because you don’t learn anything in the internal courses and you don’t get to know any Americans. I think the courses are really only offered to get as many international students as possible under and to get the money out of their pockets. So definitely try to get into the “right” courses.

The half year in America was a once-in-a-lifetime experience that I definitely wouldn’t want to miss. I would only advise everyone else to do the same. Even if the whole thing is not exactly cheap, of course, I would still recommend doing it and, if necessary, even taking out a loan for it, because you won’t get such an opportunity again so quickly. I also think that you should stay for at least six months, because you need about a month at the beginning until you get used to everything and have settled in and it would be a shame if you then have to go back after 2 more months. Furthermore, plan enough time to travel, either before or after your studies, because you can do smaller trips during the semester, but California and the neighboring states have so much to see. 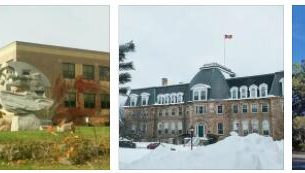 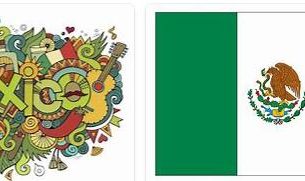 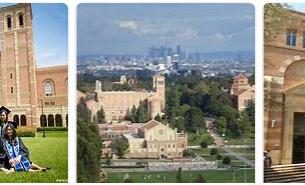