My name is Jan and I am studying industrial engineering with a focus on marketing and sales. I chose California State University East Bay primarily because of its cost and location.

By and large, the university offers a very large selection of lectures, especially in the fields of economics and marketing. Unfortunately, there are not that many places in the respective lectures. The same courses are offered on different days, but the places are quickly booked out. This is because the full-time students have an advantage over the international students. In return, the CSUEB offers three lectures every quarter for all international students, which are definitely free and can be attended. Personally, I took one of these lectures for internationals and picked out two from the regular lecture schedule.

I lived in the International House and therefore directly on campus. Despite all the shortcomings and limitations, this was the best decision. Unfortunately, with a total of eight flatmates per apartment, cleanliness is not that easy. However, if you say clearly who has to clean what, when, you can get the whole thing under control. The cafeteria was fine in my opinion. The selection was large, there was fast food in all creations and a considerable selection of “healthy” food. I had the Mealplan C and thus got twelve meals a week and 200 flex dollars with which I could pay in the restaurants on campus. This includes Panda Express, Subway, Starbucks, a supermarket and another restaurant with a small selection of burgers, nuggets and hot dogs.
On the weekends we usually took a taxi or took the train to San Francisco to get to know the party life there, as there wasn’t too much to do in Hayward. Otherwise there was always a small house party somewhere during the week both on campus and outside in the private apartments. See more student reviews of universities in North America on anycountyprivateschools.

A fitness studio with an indoor basketball court, spinning and gymnasium rooms is also directly on campus and costs around 60 euros for a quarter, if I remember correctly.
There was also a football tournament held by students from the university, where anyone could put together a team to take part in the tournament.
In addition, all kinds of leisure activities were offered such as a music festival throughout the day, volleyball, talent competitions, official parties, smaller music concerts during the day, Milk and Cookie Day for the international students and and and.

San Francisco is a very interesting city in which many can see and experience. The Golden Gate Brigde, Alcatraz, China-Town, Cable Car and much more. Yosemite Park is a natural park with granite rocks, waterfalls, sequoias and is known worldwide for its biodiversity.
Six Flags Amusement Park is one of the largest amusement parks in the United States and has a lot to offer. Baseball games from the San Francisco Giants or basketball games from the Golden State Warrios are also very easy to get to by train and don’t cost that much money.
Los Angeles is about 5 hours drive from Hayward and of course has a lot to offer, such as Beverly Hills, Hollywood, Rodeo Drive, Hollywood Sign, Long Beach, Santa Monica Beach and Venice Beach. Malibu, Orange County and Newport are also very quick to reach.
From Los Angeles it’s not far to San Diego either. And if you don’t mind driving a few meters, you can take a trip to Las Vegas afterwards.

It’s not cheap in the USA, of course, and if you’re already on the west coast, then of course you want to travel a bit. In total, I spent around € 9,000. However, after the quarter I traveled around the west coast for two weeks, was twice in Las Vegas and twice for six days each in Los Angeles. In addition, the costs of the parties and concerts should not be neglected.

Staying in America was the best decision I could ever have made. I got to know people from all over the world, had a lot of fun, experienced and seen great things. The students are very open, friendly and are always happy to meet new people. In my opinion, the experiences you have through such a semester abroad are priceless. 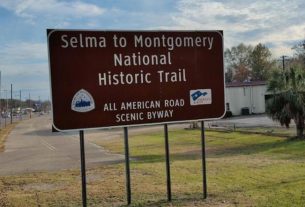 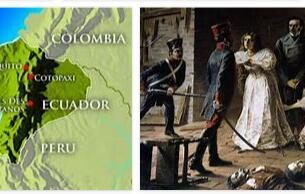 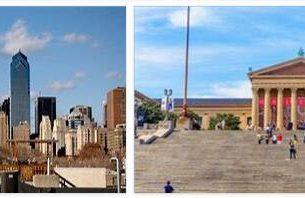