Through MicroEdu, I found out about Californian universities and came across Riverside, where I spent 2 trimesters.
The courses are easy. You can get good grades with little effort. There was plenty of time to travel around.

With good support from MicroEdu, the application was successful and the preparations were made. The support from the UCR was also good. In the first week, they gave us an introduction that was almost too long. Visit iamaccepted.com to get information about California State University Fullerton study abroad program.

I stayed at Motel 6 for the first week and found an apartment from there via Craigslist. The hotel is less than 5 minutes walk from the Extension Center. I arrived in Riverside two days before classes started because I still had exams in Germany.

Of course, I would have preferred to come at least two weeks before the lecture period and look for an apartment in peace. Save yourself the stress : 0)

I looked for a shared apartment off campus because the ‘international village’, the “official” student residence, was too expensive for me (about 800$/month).
The Extension Center is responsible for the foreign students and it is also where most of the courses for foreigners take place. However, anyone who has the opportunity to take on-campus courses, i.e. courses on the actual campus, should take this opportunity. There you can experience the typical American campus feeling. It’s hard for me to get to know people on campus. A large proportion of the students are American Asians who tend to be withdrawn. Through sport I got to know all sorts of cool people.

The university offers a wide range of sports. For $70/quarter you can use the sports center (recreation center):
fitness (huge gym), tennis, basketball, squash, football, climbing…incl. equipment. In my case, I play basketball, which is very popular in the US. Soccer is also played but on a concrete hockey field with really bad players.
There are also outdoor excursions. These cost extra but are awesome. Surfing, snowboarding/skiing, hiking, climbing….

Riverside itself doesn’t have much to offer in terms of leisure other than the above, but is very centrally located in Southern California (50 minutes from LA, 1.5 hours from San Diego). It should be mentioned here again that you absolutely have to have a car, at least if you want to see something on weekends. If you have the chance to “share” a car with someone else, or at least split the trip costs between you, you should of course do so. The cheapest, in my opinion, reliable car costs $1500-2000 in my experience.

Asian cars (Toyota, Honda, Nissan..) are reliable and fuel efficient. You pay about $500 for registration and other fees associated with the purchase alone, with insurance costing about $500 depending on the case. $50-$100/month. Fuel prices are much cheaper compared to Germany.

Places that are close to Riverside

The longest trip for me was: along the Pacific Highway north to San Francisco. The legendary route is a must for anyone visiting California. San Francisco itself was awesome again. It is definitely worth staying there for at least a whole weekend.
On my return trip to Germany, I flew via New York because the flights are much cheaper from there. I spent 5 days in New York. New York is also recommended again, is again a phenomenon in itself.

Excursions should be well planned. For example, research cheap tickets on Craigslist.com, discounts with AAA membership (similar to ADAC), and of course look up the right locations beforehand.

My tip for LA (away from all the tourist stuff): watch improv comedy in Hollywood. There are even courses on it. You get to know funny and interesting people there. So be smart and do what you want;) 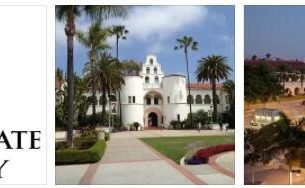 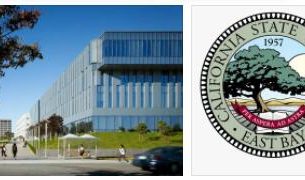