London is without question one of the cities with the largest number of tourists each year in the world. It is also by far the city with the most academics in the world. And – perhaps for this reason – the most popular place to study for international students in the UK.

At every turn, visitors to London can experience the traditional history, but also the hustle and bustle of the world’s largest financial metropolis. Life in the British capital, which has more than eight million inhabitants, always has its finger on the pulse.

This is where new trends in the world of fashion and design are created, avant-garde ideas are implemented in musicals and theaters and, above all, new musical genres are created over and over again. Last but not least, London is the setting for numerous films and books: from the great classics such as Dickens Oliver Twist or the James Bond series to Sherlock Holmes and Bridget Jones.

There is hardly a city in the world that is as multicultural as the British capital. London’s citizens come from all 270 nations around the world and speak over 300 languages. If you walk through the streets in London while studying, you will find a unique dynamic in subcultures.

All these facets become visible in the avant-garde art and architecture, the exotic dishes, daring street styles and the experimental music. Therefore, just like 200 years ago, the rule still applies today: Cosmopolitans are at home in London.

Culture, exotic and lifestyle: the central districts of London

If you are drawn to London to study, you have the opportunity to explore all 33 districts of the Greater London administrative region in addition to the core of London, the City of London.

From trendy districts like Soho or Shoreditch to posh districts like Notting Hill or Greenwich – students can enjoy the unique flair of the respective districts and neighborhoods in the markets, pubs and high streets.

If you want to travel back in time through the emergence of the mega-metropolis, the historical core of the city, the “City of London”, is the right place for you. More than 2000 years ago, the Romans built a defensive wall around their settlement “Londinium” on the Thames.

The historical city limits, the so-called London Wall, can still be traced precisely to this day. London has been one of the largest cities on the planet since the Middle Ages, when London was established as the trading hub of the Anglo-Saxon Empire. For this reason, some of the city’s oldest attractions can be found in the center of the City of London:

The City of London is one of the major financial centers in the world. In contrast, industry and the port of London on the Thames are now of little economic importance. The former largest port in the world is now primarily a tourist attraction. The financial district offers MBA students, among other things, many job opportunities in addition to historical locations, chic bars, posh restaurants and hotels as well as exclusive shops.

In the district of the same name “Westminster” is the seat of government of Great Britain in the Palace of Westminster, the Houses of Parliament. The main government buildings are in the immediate vicinity in White Hall, between Trafalgar Square and Parliament Square. To learn more about United Kingdom and Europe, please visit aparentingblog.

There you can not only hear the famous Big Ben bell tower at full volume, but also the oldest building in Westminster within sight: Westminster Abbey. To this day, the British monarchs are crowned there, who then live in Buckingham Palace, just a few streets away. Directly in front of it, the Green Park and St. James’s Park invite you to stroll.

When it comes to the range of classic cultural events, the west of the City of Westminster is hard to beat. Pimlicio, on the Thames, is not far from the famous Tate Britain Gallery. In the famous Belgravia district, right at one of London’s most important transport hubs, Victoria Station, the latest plays are staged in the Apollo Victoria Theater.

In addition, two of the most prominent Britons have their residence in Belgravia: JK Rowling and – north of Victoria Station in Buckingham Palace – Her Majesty, Queen Elizabeth II. Another attraction nearby, not only for natural scientists, is the Natural History Museum and special for biologists and landscape architects of Hyde Park.

Top 10 Countries Where Homosexuality is Illegal 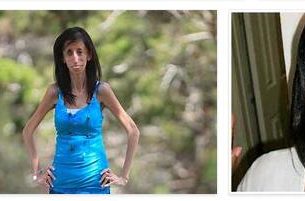 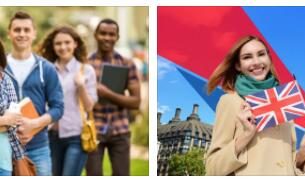 Catering While Studying in Great Britain