From Foundation Degree to Research Master: Hardly any other country has such a diverse study program as the United Kingdom. Despite its relatively small geographic size, the UK’s higher education landscape has led the world for decades.

Many international students therefore wonder how good their chances are of being admitted to study at one of the renowned British universities. The admission requirements for studying in the UK differ not only in the undergraduate area but also in the postgraduate area depending on the study program and university.

Despite these complex admission requirements to study in the UK, some comparable standards can be identified for applicants.

In order to meet the linguistic admission requirements, proof of a minimum number of points in a standardized language test is usually required. Common language tests such as the IELTS or the Cambridge Certificate are accepted in Great Britain. A language certificate based on the TOEFL is also permitted, although British universities prefer the language tests mentioned above.

The minimum number of points required for an application to study abroad in the graduate area is usually higher than for an undergraduate degree. A DAAD language test as proof of language proficiency is only accepted for semester stays.

Abitur as proof of language proficiency for studying in Great Britain

For studies in the undergraduate area, it may also be possible to prove English language skills using the Abitur certificate, which can be submitted before the start of the course.

A placement in the course of an on-site language test, as offered by some British universities, should, at best, be an emergency solution. For example, if an applicant just misses the minimum number of points in a standardized language test.

Attention: A common mistake when applying for a degree in Great Britain is to state the Abitur as a school leaving certificate with “A-Levels” instead of “Abitur comparable to A-Levels”. The contextless statement that you have completed the “A-Levels” can lead to the erroneous assumption that the school-leaving certificate was obtained in Great Britain.

The UKCAT aptitude test examines applicants for a degree in human medicine or dentistry in Great Britain in a selection process organized by the universities. UKCAT helps UK universities select from a wide range of highly qualified applicants the most suitable candidates for their medical and dental programs.

Admission requirements depending on the type of study

In the Anglo-Saxon study system, in addition to the language requirements, depending on the type of study, there are also academic requirements that must be proven when applying for a study in Great Britain. To learn more about United Kingdom and Europe, please visit 3rjewelry.

One of the most popular study programs for international students is a semester abroad in the UK. Depending on the university, applicants must have already completed a certain number of university semesters. Applicants wishing to study in the British Isles for a semester or two should meet the following requirements:

In addition, the minimum number of points required for language certificates as well as the necessary GPA, the grade point average in the British grading system, differ for admission to a semester abroad in Great Britain.

Similar requirements apply to all applicants who are interested in an Academic Gap Year. In contrast to semester students, however, the Abitur as proof of English is only possible if it is not also used as academic proof. For this reason, applicants for an Academic Gap Year usually require a separate language certificate.

Admission to the bachelor’s degree

Admission to a bachelor’s degree in the UK usually requires a high school diploma. In the United Kingdom, in contrast to other European countries such as Denmark, Ireland or the Netherlands, it is only possible in a few exceptional cases to take up a bachelor’s degree with a technical college entrance qualification or a subject-related university degree.

In addition to the Abitur grades and a language certificate in general, it may be necessary to prove certain specialist skills in order to be admitted to subjects such as mathematics. As a rule, this is possible by providing evidence that you have completed your Abitur. 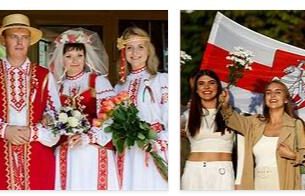 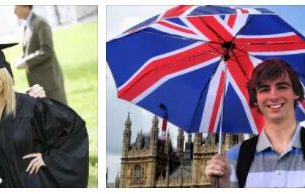 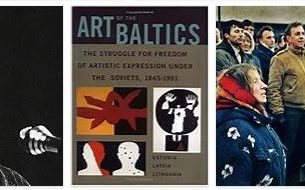 Lithuania Literature – From Independence to the Post-Soviet Era