From Bayswater to Regent’s Park

From Hyde Park it is not far by underground to Kensington Palace, Portobello Market and the districts of Bayswater and Paddington with their many small hotels and hostels. The “posh district” Kensington is only a stone’s throw away, and it is home to the imposing Kensington Palace and the Notting Hill district, made famous by films.

To the east, Paddington borders the picturesque Lisson Grove. Here students should pay a visit not only to Abbey Road Studios, but also to the house at 221b Baker Street – the Sherlock Holmes Museum. If you walk just a few steps north on Baker Street, you are in the famous Regent’s Park and have a picturesque view of Regent’s University on the other side of Boating Lake.

From Marley Bone to Soho

The Marley Bone district begins south of Regent’s Park and is particularly popular with Madame Tussauds London. If you follow Marleybone Road west to Euston you will reach the most important train stations and transshipment points in London: Kings Cross and St. Pancras.

If the route heads south through Fitzrovia to Bloomsbury, a visit to the British Museum with the architecturally impressive glass dome should be on the plan. Further south follows the famous shopping street Oxford Street between Oxford Circus and Tottenham Court Road. It forms the northernmost part of the Soho district. For an exclusive shopping experience, head to Mayfair and Piccadilly.

Almost everyone has heard of the cult Soho district. After all, legends like Mozart, Karl Marx and the Sex Pistols lived here. From there you can stroll through London’s Chinatown, past the numerous West End shows or stop in one of the countless pubs, bars and clubs. When you arrive at Trafalgar Square, you are not only literally but also geographically in the heart of London.

Top spots to study in London

Almost everyone knows the great landmarks of London: Big Ben, Tower Bridge, the Thames or the London Eye. In central London, around Trafalgar Square, students can visit some of the largest museums, art galleries and theaters in the world during a semester abroad.

In the event that students want to escape the hustle and bustle of the big city for a day, the many green spaces and parks such as the Queen Elizabeth Olympic Park are ideal. Or a trip to the districts of Richmond or Limehouse, located on the further course of the Thames.

There, students can get away from everyday studies and enjoy the panorama of the Thames with a pint in hand. If you want to see London from above, you should walk up Parliament Hill from Paddington Station. Between noble estates and cafes there is a fantastic view of the metropolis ”

An accommodation in London should ideally be located near a metro station to quickly reach the respective desired university. There are over 40 universities and colleges in the Greater London area, including many colleges that specialize in a particular subject.

There is more than enough innovation in London. In architectural terms, students find a particularly large number of them in London’s business district, which is south of the City of London on the other bank of the Thames. The Shard in Southwark and the London Eye in South Bank are impressive examples of this.

Students can get a glimpse of the London Eye from the top floors of London South Bank University. The LSBU attracts with a practical business degree in the middle of the most important business district in Great Britain. To learn more about United Kingdom and Europe, please visit calculatorinc.

Study art and design in London

From there it is only a short walk over the Waterloo Bridge or the Golden Jubilee Bridge to the beginning of the famous West End district. In the heart of the West End are Leicester Square and Covent Garden, known for having the greatest concentration of theaters, musicals and clubs in all of London.

Many media and architecture offices are also located around Trafalgar Square, the National Portrait Gallery and the National Gallery. Across Oxford Street is the University of the Arts, where students at five colleges such as Chelsea College of Art or Central Saint Martins can choose from specializations ranging from 3D printing to the performing arts. 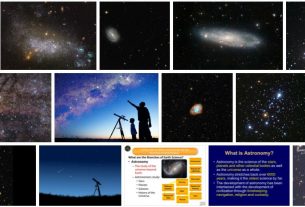 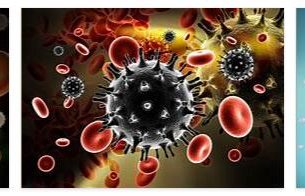 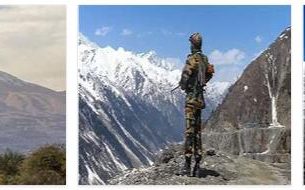