Woodcarvings, pottery, cottonwork and other native crafts. Most provinces (except Yukon, Alberta and the Northwest Territories) have a 5% to 7% sales tax in shops, restaurants and hotels that is non-refundable on departure since 2007.

The provincial capitals of the more populated areas offer nightclubs and dancing in the hotels. Ottawa, Toronto, Winnipeg and Vancouver are centers for opera, classical music and ballet with guest performances by international orchestras and artists.

The coastal regions offer a variety of fish and seafood; Central Canada provides farm produce and excellent beef. The colonial influence is still noticeable, and most restaurants in the big cities offer European dishes. The French influence in Québec is evident, with restaurants serving French cuisine plentiful. Beverages: Liquor can only be purchased at specialty liquor stores or restaurants that have the Licensed Premises designation. Many restaurants allow guests to bring their own wine or beer. There is a good selection of drinks in most hotels, restaurants and bars. European and American wines and spirits are on offer, but Canadians tend to prefer their Rye Whiskey (rye whiskey). In the bars you are served at the table or at the counter, you generally pay for each drink individually. The serving times vary from province to province, as does the minimum age for buying alcohol (18 or 19 years). More details under each province.

The big hotel chains are represented in the big cities, advance booking is strongly recommended. Inns, farmhouses, guesthouses and lodges (self-catering holiday homes or complexes) can be found throughout the country. Hunting and fishing trips in the north are best organized through outfitters, guides (often licensed by the local tourist office) who arrange equipment, transport and accommodation. Information is available from the Tourist Information Office (see addresses) or the Hotel Association of Canada (https://ca.hotels.com). Categories: There is Canada Select’s voluntary national classification system in Canada (https://canadaselect.com/en).

Campers and caravans are ideal for exploring Canada. There are two different types of vehicle: a motorhome is a vehicle in which the living room/bedroom is connected to the driver’s compartment and which can accommodate up to 5 people. A camper has a living/sleeping cabin that is separate from the driver’s cabin and offers accommodation for 3 people. There are numerous models with different levels of comfort, but all have air conditioning, fridge, stove, sink, toilet and shower. All vehicles have power steering and automatic transmission. Gasoline consumption is high, but gasoline costs only about half as much as in Europe. Drivers must be over 25 years old. The rental prices depend on the season. High season is between June and September. The campsites in the national parks are open from mid-May to the end of September. Camping sites can be booked online in the following national parks: Jasper National Park, Banff National Park, Waterton Lakes National Park and Elk Island National Park. More information under the headings of the respective provinces or from the tourist office (see addresses).

They shake hands to greet each other. Especially in French areas, friends kiss each other on the cheeks. The usual forms of politeness apply to private visits. Attire is allowed to be casual and climate appropriate, only certain clubs and restaurants expect formal wear. Smoking: Smoking is banned throughout Canada in public buildings, dining establishments, and transportation, as well as in rental cars. There are no smoking rooms or areas. Tipping: 15% is mandatory in the restaurant and at the pizza service. Porters expect i. Generally 1 Can$ per piece of luggage, housekeeping 1-2 Can$ per day. Waiters in bars and nightclubs generally receive tips as well. Taxi drivers receive a 15% tip.

Those who enjoy skiing and other winter sports should visit Canada between December and April. However, some ski areas open their doors as early as November and do not close again until June (or even as late as July, as on the Whistler Glacier). If you want to enjoy the magical landscape without snow, you should travel between May and September. However, it should be noted that after winters with heavy snowfall, some high-altitude hiking trails may be closed well into July. The months of May, June and September are usually better for the travel budget than July and August, with the last two months usually having the best weather.

Summer thunderstorms are common throughout Canada. Occasionally there are very strong thunderstorms. Tornadoes are also occasional throughout Canada, most commonly during the months of May through September. Peak tornado season is June through early July in southern Ontario, Alberta, southeastern Quebec and an area stretching from southern Saskatchewan and Manitoba to Thunder Bay. The interior regions of British Columbia and western New Brunswick are also tornado zones. The earth sometimes trembles in the western mountains. Wildfires can occur at any time, regardless of the season, especially in the grasslands and forests of western Canada. 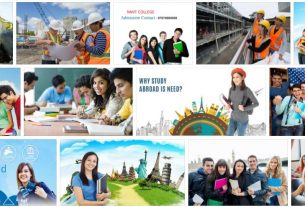 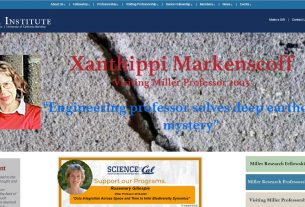