For me the whole thing happened very spontaneously. I’ve always wanted to do a semester abroad, so the idea or wish was always in the back of my mind. But I couldn’t have imagined that the whole thing would go so quickly and easily. Since I am studying English, it is mandatory to do a stay abroad with us at the university. I came across MicroEDU through a friend and I have to admit that I was very satisfied. The reason I chose the University of Winnipeg was actually for the simple reason that it was the cheapest. To be honest, I didn’t really have the time to explore the city itself beforehand. Winnipeg is definitely not a metropolis or the largest city in Canada, but once you find the right people, this city turns out to be beautiful too.

I arrived at the airport relatively late and had to take a taxi. Normally there is always a service for international students, but since I was flying in on a public holiday, I had to be content with a taxi. The distance from the airport to my housing was about 6 km. Arrived that night, I was welcomed very warmly anyway. Visit andyeducation.com to get information about University of California Los Angeles study abroad program.

My housing was right next to the university, namely the McFeetors. The meal plan was mandatory here. You can redeem it at 4 different restaurants on campus. The food there was delicious and balanced, but I would have liked a different option better. A restaurant is right next to the housing, the Elements. Regarding the accommodation, I can say that I shared a double room with a tenant. Each of us had our own room, so we had to share the kitchen. My roommate finally moved out in the middle of the semester, so that I had the whole empire to myself. I would definitely recommend the property, it is very modern and still fairly new. The people there were in a pretty good mood, there are two common rooms and a laundry on the second floor. In the common rooms there are also kitchens and, above all, internet;) The only criticism I can make (for which you are of course responsible) is that many from Germany lived with me in my hallway. So we spoke most of our free time in the familiar and mostly simpler German language.

The university is very nice, especially the lecturers and professors were very warm and courteous. We were always allowed to ask questions, no matter when and where, they were always answered. The distance to the lecturers was also much looser. There was a much more relaxed atmosphere in the classroom, which also benefits the learning success. Unlike in Germany, you have to continuously perform better, i. e. in essays, tests or presentations. Personally, I found it to be much better, as the final grade was determined by several achievements in the end. I took 3 courses in Winnipeg and got all 3 recognized. One tip: Talk to your lecturer in your home university beforehand so that your achievements are ultimately recognized.

Since the fall semester started at the beginning of September, it was still relatively warm at that time. But towards the end of September the weather deteriorated rapidly. From mid-November we were already at sub-zero temperatures. At the beginning of December we were finally at -20 degrees. It is bearable if you dress accordingly. Since the university is very centrally located, you can visit everything on foot. And since the sun is shining most of the time (even at -20), you got warm faster when you ran.

There are many opportunities to go out at the weekend, even in winter!:) If you already want to do a fall semester, then really stay until the Red River is completely frozen. Because it should be very nice, unfortunately I didn’t see it completely frozen because I had to leave in mid / end of December. What I could see corresponds to the experience on the net.

I would really recommend the university, because the professors and fellow students are just top notch, and you will never get bored because the university and the accommodations always organize events. In every housing there are also so-called RAs who live with you. On the one hand they keep things tidy and on the other hand they make for fun.

Do not be afraid of winter, we survived that too:)! 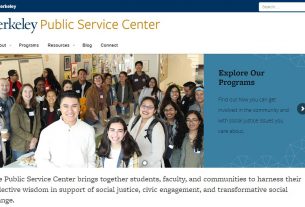