After 6 successfully completed weeks, I would like to write a small report about my experience at the University of California Los Angeles:

In December I decided to do a short interlude abroad during my studies. There was a poster in our FH advertising MicroEdu.com for a summer session in the USA. After requesting information material and various emails from Annika Uhlig (whom I would like to thank for the friendly and quick willingness to help), I was certain that I would like to take part in the 6-week summer session program at UCLA. So I just filled out the documents, sent them to MicroEdu.com and the only thing I had to do was book a flight. Originally I wanted to take two courses, but the change in visa regulations (only 1 course with a tourist visa or student visa) made it impossible. So only one course was taken. Visit ehuacom.com to get information about VUW study abroad program.

After a long 12-hour flight and longer waiting times at immigration, I was finally at the university with some other students I had met at the airport. You can put it this way: very large and super well-kept campus, where you can really do all the sports you can think of. Everything in the older style, this university is really very nice in contrast to so many German universities. The two pools are the best, as it takes a little longer to get to the beach.

I was staying at Sproul Hall with 15 meals during my stay. I couldn’t really share the negative reviews of the previous years, since it had been completely renovated shortly before. In any case, the accommodation is better than some hostels (own experience). In this dormitory there are mostly Asians (who are in the majority during the session) and a few Europeans. Connection is found directly. The rules are relatively strict and scanning the BruinCard (university ID) after 9pm can be annoying at times, but overall I would recommend this accommodation.

As written above, I have decided on 15 meals a week, which is perfectly sufficient, since you are out and about at the weekend or sometimes go out to eat in the evening. The food in the canteen is okay, even if it’s a bit monotonous after 3 weeks. But the motto “all you can eat” applies, which we have also made good use of.

I took the course MGM180: Special Topics of Management with Prof. Dr. John Ullmen, who is a really, really good professor. The course itself is interesting because you get to meet people from all over the world, it’s a mixed crowd. However, after a few times, I found all the group work followed by a mostly three-minute presentation, or better, a performance, boring. But the books are still affordable (about 70 dollars together) and the course is easy. You don’t have to do much to get an “A”.

There is always something going on in this “house desert”. The sun actually shines every day. The university itself is in Westwood, right next to Beverly Hills and Santa Monica. I also think these neighborhoods are the prettiest in LA On Sunset Blvd. And there’s always something going on in Hollywood, taxis cost between $25 and $40 a ride there. The beaches of Santa Monica and Venice Beach can be reached by bus in between 30 and 90 minutes, depending on traffic.

Can be used, costs 75 cents per route and trip, but always takes a little longer and the motto of the bus driver is: full throttle and emergency braking. In addition, the bus sometimes comes and sometimes it doesn’t, you rarely see something like a timetable at the bus stop (which, by the way, is sometimes every 200m apart). You have to get together and rent a car as there is not much to do in Los Angeles without a car. You see a lot more of the city, you are more mobile and parking at the university is also profitable at 120 dollars for the 6 weeks (tip: do not book a parking ticket online, but go directly to the responsible office, we had some problems).

Los Angeles road trips are of course the best. San Diego, Las Vegas and San Francisco are a must, and Santa Barbara (90 minutes by car) is also highly recommended. Do everything by car, of course, because that’s where you can see the most of the really impressive landscape. Driving is relaxed on the west coast, the motto is “live and let live”. A trip to an outlet with the various brand shops is also a must.

Go of course every day and always. On Tuesdays and Thursdays there are various parties in the nearby fraternity houses (do not forget alcohol and you are usually invited), otherwise there are private parties on the rooftops of the apartments. The big problem with Los Angeles and California is the 2am curfew, it really takes some getting used to. Also near the uni is Bar O’Haras, which has specials every day and is where most students meet.

There are many clubs and they are correspondingly expensive. Most are on Sunset Blvd. Or in Hollywood. There is a different door policy in the USA than here. Usually: a guy with at least 2 girls, otherwise he won’t get in. The girls usually don’t pay an entrance fee, the boys pay between 25 and 50 dollars, depending on the club. The queues are correspondingly long and when you do get in (because you were there early) there is still nothing going on. Personally, I find this policy a bit silly, but hey, this is LA and everyone can be important.

It is not very unlikely that you will meet some VIP’s in the clubs or on the streets.

That was all. It’s been an incredible six weeks and I don’t regret a single day doing this session. You meet so many people, Americans as well as people from all over the world and you have a lot of fun in Los Angeles. And yes, do not take more than 2 courses, otherwise you will learn more than anything else.

Many thanks again to MicroEdu.com and especially to Annika for the great support, unfortunately I didn’t report enough during the session. 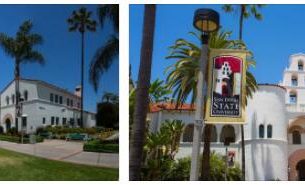 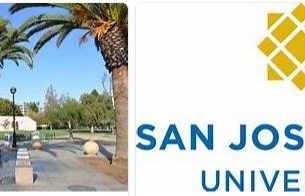