I made the decision to stay at UC Berkeley for the 2013 Summer Session at very short notice. Since I had already completed the spring semester at San Jose State University at the time of my decision and was in close contact with MicroEdu, everything was set in motion very quickly. When registering and other questions that came up during the application process, the MicroEdu team was always helpful and gave me good advice. So I applied in mid-April and the program started at the end of June. Visit liuxers.com to get information about UTS study abroad program.

Berkeley is a great city in the eastern Bay Area, just north of the city of Oakland. The city is of course shaped by the more than 30,000 Cal students, many of whom proudly wear their university sweatshirts. The campus is located directly on the Berkeley Hills, and you have a great view of the San Francisco skyline as well as the Bay and Golden from the Tower, the university’s landmark, and from the International House, which houses the international students directly at the top Gate Bridge.

I didn’t live at International House myself, but looked for a roommate on the craigslist.com website and found an apartment with great flatmates a stone’s throw from campus. Most internationals choose to stay in the so-called I-House, where you can choose between single and shared rooms. In addition, various activities such as yoga, international country evenings or day tours are actually offered there every day. In the I-House you can also purchase meal points and get breakfast, lunch, dinner and brunch on Sundays – of course you can also eat there as an external person.

The city of Berkeley has a lot to offer culturally, concerts, lectures, open-air cinema, there is something for everyone. And of course sometimes it’s fun to just walk through the city and let the charm of the city work its magic on you… There are also many bars and clubs, or for a quieter evening there is also the I-House Cafe with a small outdoor terrace View on the city.
The campus is huge, winding with smaller parks for sunbathing, there are cafes and food courts for a bite to eat, and numerous in-building libraries for studying. There are also tons of restaurants around the campus, e.g. B. the Asian Ghetto and the Gourmet Ghetto. There are several supermarkets, drugstores and smaller kiosks for shopping, which do not necessarily offer their goods much more expensive than here in Germany.

I looked around in advance for lectures that I could attend in the summer session and clarified this with my professors at my home university. Both courses were from the economics area: “International Trade” and “Game Theory in Social Sciences” and took place Monday-Thursday for 1.5 hours each. The lecturers were incredibly nice and relatively young, you could always contact them either during office hours or by email if you had problems or questions. Admittedly, there was a lot of material to work through, but the workload during the session is reasonable. The overall grade resulted from the midterm and final test as well as 4 homework assignments, which are also included in the overall grade.

Since almost all internationals had Fridays off, we often went on weekend trips lasting several days. There is so much to see around the Bay Area: Napa Valley to the north for wine tasting, south to Yosemite Park for camping and hiking (amazing scenery!), to the east Lake Tahoe for camping, sailing and hiking too.

If you are more in the mood for surfing or the beach, you can drive a rented car to Santa Cruz in about 2 hours over the now new Bay Bridge. Here you can learn to surf very well or just laze on the beach. About 1 hour further south right on the coast are the towns of Carmel and Monterey, the route is really great!

There are also some shopping malls a little south of Oakland, with many shops where you can dust off one or the other bargain;)
Of course, San Francisco is wonderful for shopping, partying, eating out and sightseeing! With your student ID you can take the bus directly from the UCB campus to the city center for free, it takes about 45 minutes. If that’s too long, the BART, a kind of suburban train, also runs directly from downtown Berkeley to downtown San Francisco (for about $3.70) or to the airport.
I have very good memories of the 9 weeks in Berkeley, the time was really worth it. Of course it’s quite tiring, but highly recommended! The area has so much to offer, and after a stroll to the Berkeley Hills or the Botanical Gardens, or after a football game against eternal rival Stanford University, I always thought to myself – yes, it’s worth the effort that Summer Session was a really great experience… 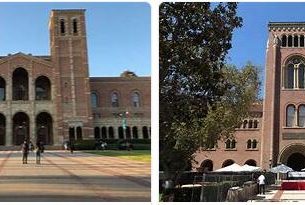 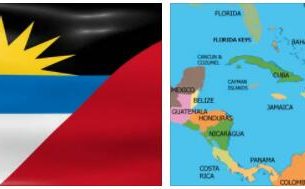