The Summer Session at UC Berkeley was a completely new experience for me as I hadn’t studied abroad before – so I wasn’t sure what to expect either. The campus is very large, according to the number of students – sometimes walking distances of 20-30 minutes have to be planned to get from one lecture to the other. Most of the buildings are old and very beautiful; and the campus itself is relatively well maintained. There are many libraries, both modern and classic, where you can study in peace, as well as rent space to prepare group projects. Visit liuxers.com to get information about TRU study abroad program.

I’m studying International Management in Germany – after a long selection, I decided on Marketing and Sustainable Landscapes & Cities in Berkeley. The latter to try something completely new. I encourage everyone to get information about the various courses (ie previous syllabuses) through MicroEdu beforehand to get a general idea, as the titles do not always accurately reflect the content of the lecture.

The size of the course was relatively large, especially in marketing – but oral participation also played a not inconsiderable role in the grading. Both my professors were nice, but one in particular was relatively strict and had high expectations in order to live up to the good reputation of the university. Not all of my fellow students were able to cope well with the requirements, so I would recommend (if possible) also getting information about the professors.

Basically, I would say that the lectures require constant effort, as I had a presentation, assignment or exam almost every week. The final grade in marketing, for example, consisted of two exams (midterm and final), two individual and one group submissions, as well as a presentation and 20 percent oral participation.

In both courses, we worked in groups at several points, which I enjoyed a lot, because I came into contact with students from different countries – which I might not have addressed in this way. Of course there are sometimes problems of understanding or cultural differences, which may be a bit uncomfortable, but overall I haven’t had a bad experience.

During my undergraduate years at UC Berkeley, I was housed in the International House (I-House). Students from all over the world live here and you are accommodated in one or two-bed rooms. The twin rooms aren’t very big, so don’t be afraid to live close together with someone you don’t know. The I-House offers various activities and ventures, such as a trip to Alcatraz Prison in San Francisco during my time or a day trip to a nearby amusement park. The weekly coffee hour (which is sometimes organized by students with a motto that is typical of the country) is also a great opportunity to get in touch with other students!

There is also a small library here, which is used a lot, especially during the exam phases. Three meals a day are offered in the form of rich buffets with a varied selection (or two, because there is a brunch at the weekend) where everyone can find something: fruit, salad, pizza, pasta, yoghurt, bread, various warm dishes (especially frequently Asian) – but of course the variety has decreased over time and dishes have “repeated”.

Due to the I-House, my costs were relatively limited at the time, but the basic costs are relatively high, especially in Berkeley, e.g. for other groceries or things of daily use, such as deodorant or similar.

Free time in and around Berkeley

There are numerous restaurants, shops and cafes in Berkeley. You can move very flexibly in the city and the surrounding area on foot or by bus (which can be used free of charge!). In the evening there is also the possibility to visit some bars to meet other students outside of the lectures. So Thursday was our fixed “going out” day of the week and everyone always had a lot of fun.

Those who like sports also have a very large selection on campus : there are several fitness studios, swimming pools, a tennis court, a running track, and much more – everything is available to students free of charge! There are also some nice hiking trails inland and plenty of nice spots to enjoy the sunset overlooking San Francisco.

San Francisco and Oakland can also be reached quickly with the BART train. A ride to San Francisco takes about 35 minutes and costs about $5. Especially here, however, the warning that there are a lot of homeless people in San Francisco (and also in Berkeley) who shape the cityscape. It is therefore advisable not to be on the road alone at a later hour.

San Francisco offers numerous activities and sights – during our time in Berkeley we were there on many weekends and for example visited Fisherman’s Wharf, biked across the Golden Gate Bridge and walked through Chinatown.

UC Berkeley also gives you discounts on rental cars, for example, so we went to Lake Tahoe on a weekend and did other day trips.

The airports of Oakland and San Francisco are also easy to reach (Uber, BART or similar) – here, for example, a weekend trip to Las Vegas is a good idea.

The eight weeks in Berkeley were a great experience for me. In addition to the new knowledge in the lectures, I learned a lot of interpersonal skills and got to know a lot of new people. It was fun living and working so “closely” with students from other countries and cultures – even if it wasn’t always easy. During the week I enjoyed life in Berkeley (and “unfortunately” also sat in the bib for a few hours), and explored San Francisco and the surrounding area at the weekend. This mix was a good balance! If I had the chance, I would definitely do the Summer Session again and I particularly recommend them to those who may not be spending a full semester abroad but still want the experience of studying abroad. MicroEdu was a good support during the planning and we had contact persons available at all times. 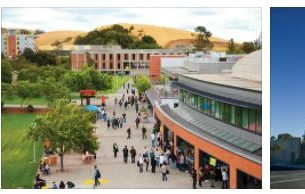 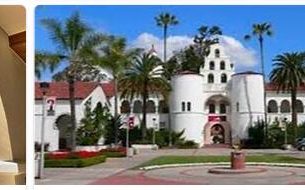 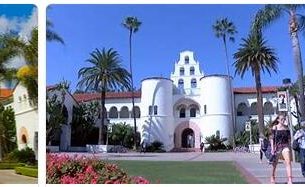