I attended Summer Session E in Berkeley this year. I’ve always wanted to go to an American university. Unfortunately, that didn’t work out during my studies for various reasons. That’s why I was all the happier when I discovered while browsing the Internet that some American universities – including Berkeley – offer summer sessions that last only three weeks. Even though I’m already working and I’ve had my degree for a few years or the summer course can no longer be credited to my studies, I didn’t want to let this opportunity pass me by. Because of my work, I was only able to take part in the three-week summer course – there wasn’t more vacation time in one go. Visit jibin123.com to get information about Semester Abroad In University of California Riverside.

Since I wasn’t very familiar with the formalities of registering for Berkeley, I hit the jackpot with MicroEdu. The staff there helped me with every problem, both in the preparatory phase and afterwards. I found the information on registration and the maximum number of units and the associated visa regulations particularly helpful. In Session E, it is regulated that if you have less than three occupied units, you are still considered a tourist and can enter the country without a special visa. This way you can save yourself a lot of stress. Also, don’t be afraid to “exploit” the attendee’s email list (all of whom go to Berkeley and were matched by MicroEdu).

As far as the airport is concerned, I have to say that San Francisco is extremely confusing. It’s best to take a good look around when you arrive so that you don’t have to wander around unnecessarily on the return flight. But it is good that there is a BART station right in the airport. BART is a kind of suburban train that connects the entire Bay area – and is therefore also the best and cheapest connection between Berkeley and San Francisco. In Berkeley there is a taxi rank near the BART station: recommended for the arrival, then you don’t have to look long for your accommodation – really exhausting with luggage… An extra map of Berkeley is not necessary. The map on the back of the information brochure sent out by UC Berkeley is sufficient for this. (By the way, that’s also the plan which you can get at University Hall) What’s really helpful are the campus tours offered daily by University Hall. Here you get a quick and good overview of the entire campus and can also be shown the lecture buildings. You can also learn a lot of interesting information about the university and its history. Any other excursions you would like to do can be booked/organized through California Tours. The staff there are very helpful and also organize spontaneous requests at short notice : -) In addition, they have a large selection of really nice excursions: Yosemite, Monterey, wine tour, LA… An excursion that I can also recommend is the San Francisco Chinatown- Tour by WokWiz. Here a guide who grew up there shows you Corners of Chinatown you won’t see on any other tourist tour (with tea tasting and lunch for $10 more). Great!

During the summer course I lived in a Coop house. Coop is an association of students that runs various student residences. As a Summer Session E student you were not allowed to live in the Residence Hall or in the International House. Coop is a cheap living alternative, which is also due to the fact that every resident has to do chores for the house three hours a week (e.g. cleaning, doing the dishes, etc.). Don’t expect too much luxury from these accommodations. I have to admit I was pretty shocked when I first walked in. But it’s bearable for a short time – and with Session E you have a very good chance of getting a single room. Be sure to bring thick, warm blankets! You have to bring your own bedding… And it can be pretty cold in Berkeley. While this is surprising given that California is associated with sand, sea and sun, this rule does not apply to San Francisco and the surrounding area. You live with the notorious fog and it ensures that it does not go beyond what feels like 10°C. So it’s best to take a lot of long things with you and never leave the house without a sweater – you’ll need it. By the way, wool and fleece blankets are available at Walgreen’s – for those who, like me, have underestimated the weather and the cold : -)

But now to the courses themselves: initially I had chosen two courses. However, during the first week of lectures I decided to deselect a course in order to be able to go on more excursions. Here you have to be careful to stay within certain deadlines (then you even get the whole course fee back without any deductions). MicroEdu and the local Summer Sessions team can help you with these deadlines. Anyone who wants to see something of the area should only take one or two courses – the workload for the American courses is much higher than for German courses.

I took the Politics of Advertising: Race, Gender and Ethnicity course with Prof. Moran at Berkeley. This course is normally designed for 15 weeks of lecture time, but has been condensed to three weeks for the first time as a summer course. The reader, which we were supposed to work on in parallel with the course, was a decent amount of around 250 pages (basically we only had two weeks for it; the exam was already in the third week). The exam consisted of two parts: the first part was an explanation of terms, in the second part we had to write an essay. Together with a term paper, this resulted in the overall grade. The “BlueBook” that you need for the exam is available in the library at the Free Speechment Café.

And it’s best to try to organize an American cell phone for you. Unfortunately, my German mobile phone could not be charged despite the travel adapter (a friend of mine did the same).

Finally, I would like to say two more greetings. Antony, thanks for distracting me from my studies : -) and Andi, a huge thank you to you for bravely running around San Francisco with me for hours in search of the zoo. Go Giants! : -) : -) 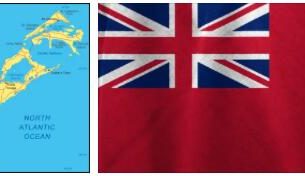 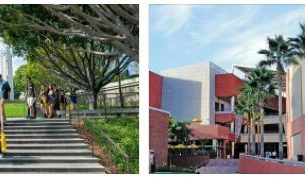 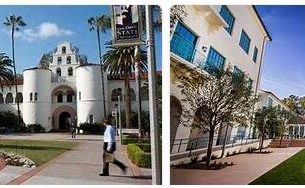