Shopping is one of the Arabs’ favorite pastimes. Shopping festivals in Dubai, huge shopping centers and numerous souks make the United Arab Emirates a true shopper’s paradise. The Dubai Mall (www.thedubaimall.com) and the Mall of the Emirates (www.malloftheemirates.com) in Dubai are among the largest shopping centers in the world. The Galleria shopping center (www.thegalleria.ae) on Al Maryah Island in Abu Dhabi’s Central Business District offers more than 130 luxury brands. Yas Mall (www.yasmall.ae), Abu Dhabi’s largest mall, is located on Yas Island. Right next to the huge mall with 235. 000 square meters of retail space are attractions such as the Formula 1 racetrack Yas Marina Circuit, Yas Ferrari World and Yas Waterworld. Often there are also other attractions in the huge shopping centers, such as cinemas, huge aquariums, extravagant restaurants, ice skating rinks, waterfalls and even ski slopes. In the traditional souks (bazaars), which are particularly well frequented in the evening hours, leather goods, brass and silver goods, gold jewellery, silk, spices, fish and other foods as well as carpets are sold at reasonable prices. Haggling is definitely allowed here. Often there are also special memorabilia such as Arabic chests and swords or old maps.

Most shopping centers have extended opening hours, some stay open until midnight. Friday and Saturday are weekends in the United Arab Emirates. All state and public institutions, government agencies and private schools are bound by this regulation. On Friday, shops are closed during prayer. Many stalls in the souks are closed on mornings and Fridays.

Customs duties are low, which is why many items are quite cheap. The duty-free shop in Dubai is one of the cheapest in the world. The VAT on goods and services is 5%.

With a large community of permanent Westerners living in the United Arab Emirates, Dubai and Abu Dhabi have a diverse nightlife scene. Smaller local establishments featuring Arabic singers and Filipino music and dance groups can be found here, as well as elegant cocktail bars and bustling nightclubs where internationally renowned DJs and bands from all over the world keep the party going. There are numerous bars and nightclubs at the Dubai Marina, which are constantly changing. Due to the strict alcohol regulations, many party locations are in hotels. The Jetty Lounge, for example, which is located on the private beach of The One & Only Royal Mirage’s is located and attracts mostly young people. In the gleaming white armchairs you can enjoy the view of the night skyline of Dubai while listening to relaxing music. But there are also some discotheques and bars in other larger cities and holiday centers. The Club Tropicana in the Al Buraimi Hotel in Buraimi is known, for example. Traditional dances are performed in many places on public holidays. At the foot of the Burj Khalifa, you can admire the fantastic water features every evening in the Dubai Fountain Lake, which offer a choreography of light and water as well as Arabic and classical music. Magazines and journals, such as the Time Out magazine (Internet: www.timeoutdubai.com and www.timeoutabudhabi.com), provide up-to-date event information.

During the month of fasting, it is forbidden by law to eat, drink or smoke in public during the day. All emirates except Sharjah allow non-Muslim foreigners to consume alcohol in certain areas. These areas typically include licensed resort restaurants and bars. Foreigners with residence visas need a state alcohol license to purchase alcohol in special shops, which can be recognized by their blacked-out windows. It is illegal to drink or purchase alcohol in public places or streets for UAE nationals. Muslims don’t eat pork, so most restaurants don’t offer it.

Most hotels and restaurants charge a relatively high service charge, so tipping is not required. Otherwise 10% of the bill is reasonable but not expected except in Dubai. Porters receive Dh 2 per piece of luggage.

Foreign non-Muslims are allowed to drink alcohol in the United Arab Emirates from the age of 21.

There is a large selection of hotel rooms and inexpensive accommodation. There are no seasonal price differences. Numerous international hotel chains have branches here: Hyatt, Sheraton, Hilton, InterContinental, Marriott, Forte and Ramada. First class hotel complexes can also be found on Jebel Ali and Chicago Beach. A booking confirmation is required. Further information from the Government of Dubai Department of Tourism and Commerce Marketing (see addresses)./ Dubai and Jebel Ali: A tourist tax is levied in the Emirates of Dubai and Jebel Ali, which depends on the hotel classification. Amount per room and per night: 5-star hotels/accommodation: 20 AED (approx. 4 €), 4-star hotels/accommodation: 15 AED (approx.

General: Visitors should be aware of Islamic religious laws and conduct themselves accordingly. Despite the apparently liberal social climate in the United Arab Emirates, visitors should respect Islamic morals. Public displays of affection, homosexuality and illegitimate sex are all forbidden by law. Some drug ingredients commonly used in Europe, such as codeine, are classified as narcotics in the United Arab Emirates, making their possession illegal. Manners: men and women greet each other with a brief handshake, but it is not customary in business that people of different sexes shake hands. You should always be humble and respectful of yourself, including the service staff. Yelling is also frowned upon in the event of a dispute. Shoes must be removed before entering a private home or mosque. Anyone who sits with their legs crossed must not show the soles of their feet or point their foot at another person, as this will be taken as an insult. The left hand should never be used to give or receive anything. When inviting, it is considered polite to have two small cups of coffee or tea, with the cup always held in the right hand. It is considered impolite to refuse an offer of a drink. The host’s children are happy about a little something, However, gifts for the lady of the house should not be given. Men should avoid contacting or observing unrelated Arab women. Discussions about religion and politics should be avoided. Conversations usually only take place between people of the same sex. Clothing: Smart, casual clothing is acceptable on the street, but knees and shoulders should be covered. Women should dress modestly, avoiding plunging necklines and transparent fabrics. Arab women will only be seen in public wearing long sleeves. Formal attire is appropriate for official occasions. Jeans and tennis shoes are not permitted in many restaurants, bars and nightclubs. Bikinis are allowed on some beaches as long as a top is also worn and it is not a pair of thong panties. Photographing: It is forbidden to photograph or film military installations, ports, bridges, airports, royal palaces, public buildings, industrial plants, and oil or gas facilities. In the event of an infringement, the camera/film/chip will be confiscated and arrest must be expected in individual cases. People should be asked before being photographed. Photographing strangers without asking risks six months in prison and a fine. Smoking: Smoking is prohibited in some Emirates in public places, public buildings such as shopping malls, offices, schools, universities, post offices, hairdressers, restaurants, cafes, Bars and cinemas banned as well as on some beaches and gardens. During the fasting month of Ramadan, non-Muslims are also forbidden from eating, drinking or smoking in public during the day; Exceptions apply to bars and restaurants in some hotels. Tipping: Although a service charge is usually included in the hotel or restaurant bill, waiters expect a tip of 10-15% for good service. This rule does not apply in simpler restaurants and in cafes. Other service providers such as porters, hairdressers and chambermaids also expect a small tip. In taxis, the fare is usually rounded up.

The best travel time is from October to May; June to September is the hottest. Rainfall is rare. 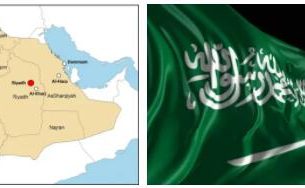 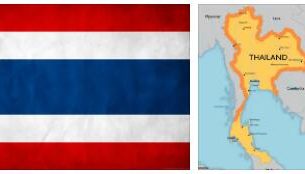 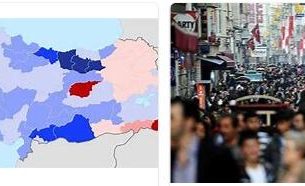