The 11 national parks of Tanzania cover an area of ​​33,660 square kilometers. In addition, there is the unique Ngorongoro Conservation Area, a sanctuary where the Masai continue to herd their cattle, and ten other game reserves.

The world-renowned Serengeti National Park covers an area of ​​14,763 square kilometers. Wildebeest, gazelles, zebras, elephants, lions and countless bird species can be found in Tanzania’s most species-rich wildlife sanctuary. Every year one can observe the impressive north-south migration of the huge herds in search of pasture. Best time to visit: November to May.
Ngorongoro Conservation Area: This protected area stretches between Lake Natron in the northeast, Lake Enaysi in the south and Lake Manyara in the east. The active volcano Ol Doinyo Lengai (Mountain of God), which last erupted in 1994, is also located in the protected area. The heart of the park is the 610 m deep Ngorongoro Crater, which, with its 20 km diameter and a total area of ​​311 square km, makes up one tenth of the protected area. The crater offers shelter and habitat to an unimaginably rich wildlife. i.a. It is home to zebra, wildebeest, gazelle, elephant, rhino, leopard, lion, giraffe and buffalo. The soda-rich Lake Magadi at the bottom of the crater attracts numerous birds, especially flamingos.

Lake Manyara National Park: The Rift Valley forms the impressive background of a region with forests, savannas, swamps and the soda lake. The park is notably home to large herds of elephants; but also buffalo, baboons, rhinos, impalas, lions, giraffes, leopards, zebras, other herd animals and various monkey species can be found here. Manyara is also home to numerous bird species. Arusha National Park is located in Ngurdoto Crater, which is part of a volcano that died out around 250,000 years ago. Buffalo, rhino, elephant, giraffe and warthog can be observed from special vantage points. Mikumi National Park:

This reserve covers 1300 sq km. Here you can see lion, zebra, hippo, leopard, cheetah, giraffe, impala, wildebeest and warthog in the wild. A popular visitor destination is the Kikaboga Hippo Pool, where hippos swim. Although December to March is the best time to visit, trips are available year-round.

Ruaha National Park: One of the world’s largest elephant sanctuaries (approx. 118 km from Iringa) is located in the southern highlands on an all-weather road. One can also observe numerous antelope species. The scenery of Ruaha Gorge is unforgettable. Air and bus lines connect Iringa with Dar es Salaam and other cities. Best time to visit: July to November.
Tarangire National Park: This park is located just under 130km from Arusha and is 8km off the Cape of Good Hope to Cairo road. The biodiversity of this park is only surpassed by the Serengeti.

Gombe National Park: Located on the shores of Lake Tanganyika near Kigoma, the sanctuary is home to around 200 chimpanzees. The behavior of the chimpanzees has been researched and recorded here for around 30 years.

Selous Game Reserve: The Selous Game Reserve in the south of the country is home to one of the largest herds of elephants on earth. Lions, hippos, crocodiles and other animals are also represented in large numbers. In 1982 the reserve was declared a World Heritage Site by UNESCO. You can go on walking safaris and river cruises with guides.

At 5895 m, the highest mountain in Africa attracts mountaineers from all over the world . All climbs must be accompanied by a guide. Summiteers should plan about three days and take warm clothing with them. There are three rest huts at different heights, in the last one you should allow enough time for acclimatization.

The island of Zanzibar is only a 20-minute flight from Dar es Salaam. The city of Zanzibar is home to some impressive buildings – the old town of Stone Town has been declared a UNESCO World Heritage Site. The houses of the old town are built of glittering blocks of coral and are characterized by numerous balconies. The former home of British explorer Dr. Livingstone is worth a visit. The Anglican Cathedral was built on the remains of the old slave market. Picturesque dhows still glide by in front of the Sultan’s Palace and the Beit-el-Ajaib (House of Miracles) at the port.

In the midst of tropical vegetation and fragrant spice plantations you will come across palaces, fortresses, aqueducts and bathhouses.

The port city and former capital of Dar es Salaam is the ideal starting point for any holiday in Tanzania. Kilimanjaro, Dodoma (the new capital) and Zanzibar are easily accessible from the airport. There is wildlife viewing of all kinds, fishing and a range of water sports. The beaches invite you to swim and sunbathe. The bustling metropolis has a number of attractions: The National Museum, the Observatory and the University of Dar es Salaam and the Village Museum with examples of traditional architecture and traditional handicrafts.

Drums, old brass and copper objects, jewelry and wood carvings. On “souvenirs” such as hunting trophies, animal skins, ivory and the like. should be avoided, as these fall under the species protection agreement and may not be imported into the Federal Republic of Germany, Switzerland or Austria. Shop opening hours: Mon-Fri 08.30-12.00 and 14.00-18.00, Sat 08.30-12.30. Some shops are also open on Sundays.

There are four nightclubs and one cabaret in Dar es Salaam. Cinemas are air-conditioned and there is also a drive-in cinema. The Little Theater is located in Oyster Bay.

Almost all hotels offer local specialties made from corn, beans, cornmeal, fish and meat. In the big hotels, European dishes are also offered. Seafood such as lobster, crab, shrimp, tuna and shark feature on the menu, as does all kinds of tropical fruit. Table service is common. Drinks: Coffee and tea are excellent. Alcohol consumption is permitted and the local beer is particularly tasty. Specialties are Konyagi (local gin) and Afrikoko, a liqueur with chocolate and coconut. The sweet Dodoma wine is available in red and rosé. The bars serve at the counter.

Hotels of all classes are available. Cheaper hotels are functional but less comfortable and often fully booked. Prices are i. Generally quite high. Two people can usually share a single room; however, this is not possible in hotels in the higher price ranges.

Approach: When greeting and saying goodbye, people shake hands. A single person is greeted with Jambo, to which a Jambo is returned. Groups are greeted with Hamjambo and greeted back with Hatujambo. Traditionally, people eat with their hands, and hosts appreciate a gift. Smoking: An ashtray is usually a sign that smoking is allowed. Cinemas and public transport are non-smoking zones. Especially in Zanzibar, where 95% of the population is Muslim, you should pay attention to modest clothing. Dress Code: In Zanzibar, tourists are required to cover their bodies from shoulders to knees in public places. Violations of this dress code will result in fines of approx. fined US$700. Photographing: It is strictly forbidden to photograph military and security-related facilities (e.g. airports, bridges, etc.). Sometimes a small sum of money is expected. Always ask permission before photographing someone. Tipping is not customary, although waiters and porters often expect a small fee.

Tropical climate, hot and humid on the coast, rainy season from mid-March to May and November. Extremely dry on the plateau; the north-western highlands have a cool and temperate climate with rainy seasons from November to December and February to May. 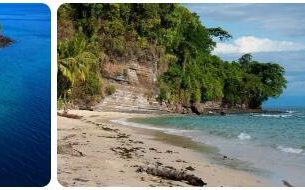 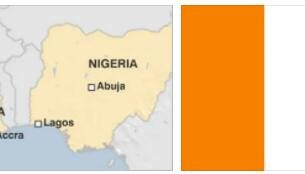 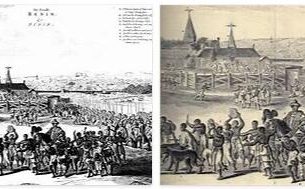