The assassination of the two dukes perpetrated by Birger led to his deposition (1319) and the throne passed to a son of Erik, Magnus Eriksson (1319-63), but his position was always weak: the monarchy became elective (1350), in 1359 Magnus summoned a Riksdag to Kalmar, that is, a Parliament in which the four states (nobles, clergy, bourgeois and peasants) were represented, which always had the function of preventing royal absolutism; finally the nobility got rid of him by calling to power his nephew, Albert of Mecklenburg (1363), who was in turn deposed, again for having tried to restore the absolute monarchy, by his cousin Margaret of Denmark and Norway (1389). Sweden seemed to break up into small states following the civil war that followed, but in the end Margaret managed to bring about the union of the three kingdoms with the act called the Union of Kalmar (1397). This Union ended up in the hands of Margaret’s heir, Erik VII of Pomerania, who, collided with the clergy (already diminished in his privileges by Margaret) and with the nobility, was overthrown in 1439 and was then replaced by Christopher III, who, being also king of Denmark and becoming in 1442 also king of Norway, allowed to the Kalmar Union to survive. But on his death, which took place in 1448 without his leaving heirs, the Union broke up, not having found a welcome candidate for the three kingdoms.

From 1448 to 1523 in Sweden there was a continuous alternation of “administrators”, among whom first Charles VIII (d. 1470) and then several members of the Sture family emerged, who were unable to found a national dynasty and were sometimes, for a short time time, supplanted by Danish kings (John II from 1497 to 1501 e Christian II from 1520 to 1523). Only in 1523 did Sweden manage to give itself a national dynasty by electing Gustavo Vasa, who got valid help from Lübeck. It was not easy for him to assert himself having to overcome the hostility of the Danes and the followers of the Sture and only after a bloody civil struggle and thanks to the means acquired by divesting his assets the Church, with which he was able to feed the coffers of the State, ended up with the to impose oneself. The way was also opened for Lutheranism, already penetrated in previous years: it was officially adopted in 1536, despite the opposition of the peasant classes, and with a further reform of 1540 the Lutheran Church was completely subjected to the control of the king. In 1544 the monarchy became hereditary again; the power of the former ally, Lübeck, was diminished and thus the first step was taken towards the affirmation of Sweden in the Baltic. Gustavo’s successors, who had been forced to conduct a peaceful foreign policy, had to solve the problem of getting Sweden out of the bottling in which it was in the Baltic Sea, as the southern part of the country belonged to Denmark which demanded heavy tolls for the passage in the Sund, and the west coast, except the strip where the port of Älvsborg is, was under Norwegian sovereignty.

This was the task of Gustavo’s sons, Erik XIV (1560-69) and Giovanni III (1569-92), who also had to face the problem of avoiding the expansion in the Baltic of the Russian Empire which, taking advantage of the collapse of the Teutonic order, just in 1558 he faced it by conquering Narva. Thus an aggressive Sweden arose almost suddenly but its efforts failed at first: Revel it was taken in 1561 with part of Estonia, but Älvsborg conquered by the Danes was lost (1563); furthermore, a conflict broke out between the two brothers and Erik was deposed (1569). With the Peace of Stettin (1570) Älvsborg was returned by the Danes at a high price; Narva was taken from the Russians in 1581 but John III’s plan to make them pay the toll to get to the Baltic, as the Swedes paid the Danes to pass through the Sund, failed because the Russians directed their trade to the port of Archangel on the White Sea. Also the policy of reuniting Sweden to Poland carried out with the election to the throne of this kingdom of Sigismund, son of John III, failed because Sigismund, who had suffered the influence of Catholicism in Poland, intended to restore it in Sweden and aimed to limit the growing powers of the nobility by arousing violent opposition led by his paternal uncle Carlo Vasa (Carlo IX) who in 1599 was appointed in his stead. Sigismund, to whom the Polish crown remained, was the founder of the branch of the Catholic Vasa who reigned in Poland until 1672, while with the cadet branch of Charles IX the Protestant Vasa reigned in Sweden until 1654: the branch however died out in 1689. Visit rrrjewelry.com for accommodation in Sweden.

At the death of Charles IX (1611), who was responsible for the foundation of Gothenburg and the idea of ​​trading by sea with Lapland, was succeeded by his son Gustavo Adolfo (1611-32), who, if he initially had to pay the Danes again the ransom of Älvsborg which they had reoccupied in 1612, succeeded in obtaining from Russia, with the Peace of Stolbovo (1617), Karelia and the Ingermanland, thereby joining Finland with Estonia, and in 1629 tore Poland Livonia with the important port of Riga. Immediately afterwards went to war against the Empire giving rise to that period of the Thirty Years war that it is called the Swedish period. Gustavo Adolfo had restructured the country giving the nobility, which had become hereditary, its due weight, adopting new military tactics and having the assistance of a chancellor, A. Oxenstierna, who was one of the greatest statesmen of his century. The exploits of this king, which made him the champion of Protestantism and who perhaps had in mind to transfer the imperial crown from the Catholic Habsburgs to the Protestant Vasa, amazed Europe and if he could not see the end of the conflict, since it fell in the battle of Lützen (1632), his politics nevertheless had the opportunity to assert itself thanks to the activity of Chancellor Oxenstierna. 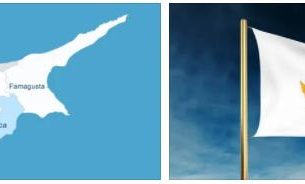 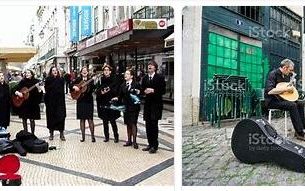 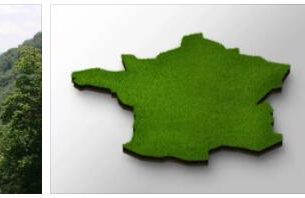