According to Allcitycodes, State Route 589 or State Road 589 (SR-589), named as the Veterans Expressway and the Suncoast Parkway, is a state route and toll road in the U.S. state of Florida. The highway forms Tampa’s northern approach road, connecting Florida’s rapidly urbanizing west coast north of Tampa with the city. State Road 589 is 109 kilometers long.

The interchange with SR-60 at the Tampa airport.

State Road 589 begins west of the city of Tampa at an interchange with Interstate 275 and runs along the west side of Tampa International Airport. Here are interchanges to the airport and State Road 60 in quick succession, creating a system of parallel carriageways and flyovers. The highway then has 2×4 lanes, with the left lane being an express lane. The highway runs through the northern suburbs of Tampa, the express lanes terminate at the junction of State Road 568.

At this point, the highway narrows to 2×2 lanes and changes the name from the Veterans Expressway to the Suncoast Parkway. The highway then continues north through a less developed part of Florida’s coastal region. Most suburbs are closer to the coast, making the Suncoast Parkway a bypass of these suburbs. The highway ends at Crystal River on State Road 44, nearly 90 miles north of Tampa.

An extension of the Suncoast Parkway north had been planned for some time, but was temporarily shelved after the 2008 recession. The project was reactivated again in 2015. The highway is to be extended in several phases to US 19 at Red Level. Construction on the 21-kilometer section between US 98 and SR-44 began in February 2018 and opened on February 28, 2022.

Between 2013 and 2017, the 12-kilometer highway between Tampa Airport and Gunn Highway was widened from 2×2 to 2×4 lanes. The additional lanes are express lanes with variable toll rates and opened to traffic on December 9, 2017. Then, on May 22, 2018, another 5.5 kilometers of express lanes opened up to State Route 568.

In time, the highway should be extended further north to US 19 at Red Level, near the border with Levy County. The project planning was suspended for an extended period from 2008, but was resumed in 2018. The project is also known as the Coastal Connector. In March 2022, the extension was included in the region’s transportation plan. Construction of the first 5 kilometers between SR-44 and CR-486 should start in mid-2023.

Further plans include an extension even further north to I-75 or US 301 near Gainesville. In 2019, there was even talk of an extension to the border with Georgia.

The highway is a toll road, operated by Florida’s Turnpike Enterprise. From June 13, 2014, the toll road was largely, and since January 31, 2020 fully electronic. The section between Tampa Airport and the SR-568 interchange has express lanes with variable toll rates.

The traffic intensities mentioned are to the north of the connection in question. 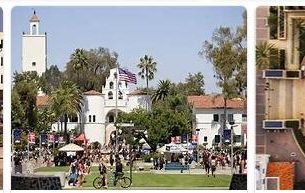