There are over 700 mosques, including the multi-domed Grand Mosque and the Abu Bakir al-Siddiq Mosque. Visitors to the National Museum of Qatar take a 1.5 km walk along the exhibits through the oriental history of the country. Located on the edge of Doha Harbour, the Museum of Islamic Arts has a library, galleries, gardens, restaurant and museum in addition to its Islamic Arts exhibition.

Shopping is the most popular pastime in Qatar. Qataris spend much of their free time in Doha’s huge shopping malls. Luxurious fashions from Dior and Chanel can be found in the Porto Arabia Mall on the artificial island The Pearl. In the huge City Center Mall in the West Bay district, there are branches of both Western and Arabic retail chains. But even those looking for a less westernized shopping experience will find what they are looking for: the Souk Wagif in Doha was successfully rebuilt in the 1970s, the atmosphere and ambience of the 1930s have been preserved. Locals and tourists come here to shop for everything from nuts and spices to jeweled abayas or onyx chess sets. Even bizarre-looking salt and pepper shakers in the form of two people dressed in Arabic can be found here. Animal lovers are better off avoiding the animal souk. The Doha Souk is the best place to shop for fabrics and clothing. There are tailors here who can make everything from suits to evening dresses. The Gold Souk is worth a visit; even if you don’t plan to buy anything here, don’t miss the shimmering luster of the 18- and 22-karat jewellery. And the good news for techies is that mobile phones and tablets are very cheap in Qatar and tax-free to boot (they’re even cheaper than in Dubai). However, before you buy, you should make sure

Bargaining is common practice, but not to the same extent as in other Middle Eastern countries; Discounts of about 20% are usual. One should ask for the ‘best best price’; trying to push the price down further is considered impolite.

Outside of the capital there is little nightlife apart from strong espresso and shisha. More bars and nightclubs are opening in Doha thanks to the growing expat population and increasing Westernization. The hottest spot in town right now is the Crystal Lounge at the W Hotel (website: www.whoteldoha.com), while Lincoln Center (website: www.jalcdoha.com) hosts world-class live jazz at the St. Regis Hotel. There are many cinemas showing English language films and the Doha Players show plays in English. The National Theater is also at home in Doha. In the new Katara Cultural Village (Internet: www.katara. net) orchestra and opera concerts take place and sometimes even stand-up comedy events. There is a small – but growing – number of venues that play rock and pop music live; most of them are in international hotels. Even though Doha is a very safe city, it should be noted that in a society as traditional as Qatar’s, there is a certain fascination for women who dress how they want and go where they want. Clubs tend to have a lot more men than women and there can be a lot of staring. Qatari women are not allowed to enter bars where alcohol is sold. While it’s not a problem for Western women to drink alcohol, getting totally drunk might not be the best idea.

Some international hotels and top-end restaurants in Doha serve alcohol even though it’s officially reserved for hotel guests or “club members”. Drinking alcohol in public outside of these establishments is prohibited. Meze (a selection of salads often served as an appetizer) are an excellent choice for vegetarians and are served in most restaurants.

Since Qatar is an “alcohol-free country”, there are no alcoholic beverage specialties here, but very tasty fresh juices are served in most oriental restaurants. A particular specialty is a lemon and mint drink made from orange blossom water, fresh mint and lemon juice.

In Qatar, you can drink alcohol in certain restaurants and hotel bars from the age of 21.

Qatar has a number of new top quality hotels and some 3 or 4 star hotels offering cheaper accommodation. Advance booking is recommended. A service charge of 15% is added to all overnight rates. Further information is available from the Qatar National Hotels Company (see addresses).

In Qatar, glamping is offered in conjunction with activities such as dune-bashing, falconry, sea recreation, quad biking, camel treks and BBQ’s local style. Air-conditioned and luxuriously equipped Bedouin tents and caravans are available in the desert and by the sea, for example at Regency Sealine Camp in Ash Shaqrāʼ, Private Campest on Dukhan Beach, Outdoor 369 at Al Khor, Sarab Camp in Mesaieed and night camping with 365 Adventures on Sealine Beach.

General: Visitors should be aware of Islamic religious laws and conduct themselves accordingly. At prayer time (five times a day) all other activities come to a temporary standstill. During the fasting month of Ramadan, non-Muslims should also avoid eating, drinking or smoking in public during the day. Social etiquette: Qataris are very hospitable. One should always be humble and respectful towards other people, including the service staff. Yelling is also frowned upon in the event of a dispute. Anyone who sits with their legs crossed must not show the soles of their feet or point their foot at another person, as this will be taken as an insult. The left hand should never be used to give or receive anything. When inviting, it is considered polite to have two small cups of coffee or tea, with the cup always held in the right hand. Men should avoid contacting or observing unrelated Qatari women. Clothing: Smart, casual clothing is acceptable on the street, but knees and shoulders should be covered. Women should dress modestly, avoiding plunging necklines. Arab women will only be seen in public wearing long sleeves. Photography: It is forbidden by law to photograph military installations. Completely veiled women should not be photographed. Smoking: In Doha, smoking is prohibited in public, indoors and in public places. Smoking is generally allowed everywhere in the rest of the country, but smoking in public is frowned upon. Designated non-smoking areas should be observed. There are very few women who smoke. Tipping: A service charge of around 17% is usually already included in the bill. If not, a 10% tip is customary. Taxi drivers are usually charged 5-10 riyals. Other service providers such as hairdressers, chambermaids, bouncers, staff in the wellness center etc. also expect a small tip.

Partly hot and humid tropical climate. Summer (June – September) is very hot with little rainfall. Winter is cooler, sometimes it rains. Spring and autumn are warm and comfortable. The best travel time starts in October and ends in April. 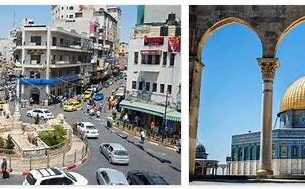 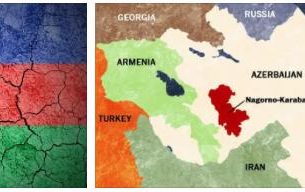