According to topschoolsintheusa, a marked sense of environmental responsibility and a high aesthetic sensitivity, often linked to tradition, are the distinctive features of an architectural production that has consolidated under the banner of the link between nature and functional aspects. This has made Norway a significant point of reference at an international level for social well-being and management of natural resources, with strategies that, although globalized, do not lose sight of their own distinctive features. Based on 11 parameters (from education to the environment, from income to employment, from safety to health to work-family balance), the OECD (Organization for Economic Co-operation and Development) awarded Norway, for 2014, the title of country with the best quality of life in the world. With the aim of achieving international visibility through the implementation of sustainable development, the preservation of pre-existing buildings and the creation of good architecture as a driving factor for a high lifestyle, in 2010 the government launched the document architecture.now containing a program of various initiatives and an indication of possible areas for development. Faced with such an architectural policy, it is estimated that in Norway about 30% of new buildings are designed by architects (in the global context this happens on average only for 2%), although the clientele is not particularly ambitious, the funds not particularly high and building contractors not so attentive to innovations.

To mark the beginning of a new season for Norwegian architecture was the inauguration of the new Oslo Opera House, by the Snøhetta studio, in 2008, a building that had over 1.3 million visitors in its first year. and which has received numerous international awards. The new intensive development plan of the capital has passed, not without controversy and socio-economic and cultural reflections, through a general redesign of the waterfront with the aim of connecting the bay to the historical urban fabric: by 2030 the district of Fjord City should represent the future of Oslo thanks to the integration with the other two districts of Tjuvholmen and Bjørvika. The redesign of the industrial area of ​​Tjuvholmen presented in 2002, on the masterplan of the Niels Torp studio, winner of the Global award for excellence in 2014, saw the first two phases of the project completed in 2008 – including apartments, offices and shops designed by a series of qualified Norwegian studios – such as Kristin Jarmund, Kari Nissen Brodtkorb, Arkitektkontoret Hultberg, Resen, Throne-Holst og Boguslawski HRTB, MAD Architect Oslo, the same Torp and Gullichsen Vormala Architects – and various other projects as they have progressed. Among these: Tjuvholmen F1 (2010) again by Torp, Handelsbanken Tjuvholmen Bank of commerce (2010) designed by Schmidt Hammer Lassen; IT-Fornebu portal building (2009) by A-lab; Dark architects’ Flatiron Block (2011); the building at Tjuvholmen allé 21 (2011) in Hansen / Bjørndal; the Astrup Fearnley Museum of modern art (2012) by Renzo Piano Building Workshop with Narud Stokke Wiig architects; Mellbye Arkitekter’s Hotel Thief (2013); the residential complexes Kavringen Brygge 2-4 (2013) by Torstein Ramberg and Kavringen Brygge 3 (2013) by Lund Hagem.

The masterplan for Bjørvika Bar-code, from 2003, was designed by the Dutch group MVRDV (Winy Maas, Jacob Van Rijs and Nathalie De Vries) with the Norwegian studios Dark and A-lab; in progress starting from 2005, its completion is scheduled for 2016. In 2012 the headquarters of the DNB Bank of the aforementioned MVRDV studio was inaugurated. In the capital, we should also remember: the Gardermoen airport terminal (2012) by Gudmund Stokke and the Statoil Fornebu headquarters (2012), the work of the A-lab studio.

Among the many new projects carried out in different regions of the country, confirming the high level of Norwegian architectural production, cannot fail to be mentioned: the Cathedral of the Northern lights (2013) by Schmidt Hammer Lassen and Link Arkitektur at Alta; the cycle path project at the Trollstigen Plateau (2012, partially completed) by Reiulf Ramstad Arkitekter, along the west coast; the Norwegian wild reindeer center pavilion (2011) in Snøhetta, in the municipality of Dovre; Helen & Hard’s Library and Cultural Center (2011) in Vennesla; ALA Architects’ Kilden performing arts center (2011) in Kristiansand; the Juvet landscape hotel (2009) by Jensen & Skodvin in Gudbrandsjuvet; Steven Holl’s Knut Hamsun center (2009) with LY Arkitekter in Hamarøy; the Preikestolen mountain lodge (2008) by Helen & Hard in Strand; the first I-BOX passive energy passive house experiment (2008) by Steinsvik arkitektkontor AS in Tromsø. 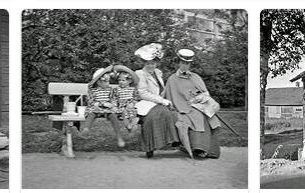 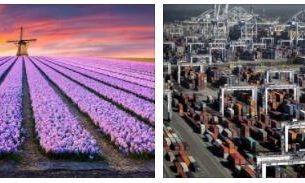