Ai-Ais and Groß-Barmen are resorts with hot springs. In the Twyfelfontein region northwest of Windhoek you can visit ancient rock carvings. Northeast of Twyfelfontein (west of Khorixas) is the »Petrified Forest« with its 30m long petrified tree trunks estimated to be 200 million years old. The Brandberg massif rises lonely from the semi-desert, its main peak is the highest mountain in the country at 2573 m. There are rock drawings and stone engravings in the gorges and caves of the Brandberg massif.

The up to 300 m high sand dunes of the Namib Desert on the west coast are the highest sand dunes in the world (highest at Sossusvlei). The Namib Desert is one of the oldest and driest deserts in the world and a UNESCO World Heritage Site. At 49,768 square kilometers, the Namib-Naukluft Park is the fourth largest nature reserve in the world. There are campsites in Sesriem and Naukluft. The Skeleton Coastal Park is a coastal landscape on the desert foothills in the north of the country with endless dunes, wisps of mist and mirages. Numerous shipwrecks and abandoned mines add to the eerie atmosphere.

Windhoek, the lively capital in the center of the country, lies in the middle of the mountains. As in some other cities in the country, there are numerous examples of German colonial architecture, e.g. B. the Christ Church, the Old Festival and the Ink Palace ; this magnificent palace is then as now the seat of government.

In the seaside resort of Swakopmund, some buildings still remind us that Namibia was once a German colony. The charming port town of !NamiǂNûs (formerly Lüderitz) is located in the south of the Namib region. !NamiǂNûs was the first German settlement in the former German Southwest Africa. It owes its former name Lüderitz to the Bremen merchant Adolf Lüderitz, who founded the small town in 1884, which now has around 12,500 inhabitants. The many Art Nouveau buildings on the black rocks are characteristic.

There is a selection of elegant shops in the capital. Local handicrafts can be found in specialist shops or at the Windhoek Street Market. Shop opening hours: Mon-Fri 09.00-17.00, Sat 09.00-13.00. Some larger supermarkets are also open on Sundays from 11am to 1pm and 4pm to 7pm.

In Windhoek there are restaurants, coffee houses, cinema and theatre.

Namibian cuisine is a mixture of African and European cuisine, the German influence is still noticeable. So e.g. B. Beer is brewed according to the German Purity Law. A specialty of Namibia are the variously prepared types of game meat, e.g. B. Biltong (beef jerky) and smoked meat.

Upper mid-range hotels are available in Windhoek, Swakopmund and other cities. However, hotel rooms are only available to a limited extent, advance booking is recommended. Some hotels and lodges also have facilities for disabled travelers. There are many guest farms. Further information is available from the Hospitality Association of Namibia (HAN), PO Box 86078, NA-Windhoek. Tel: (61) 22 29 04; (Internet: http://www.hannamibia.com/). Categories: Hotels are awarded 1-5 stars.

There are campsites in some wildlife sanctuaries, including Etosha National Park; also at Ai-Ais, at Hardap Dam in the south, at Gross-Barmen near Okahandja, at Popa Falls in Kavango and at various coastal locations.

The cold Benguela current keeps the coastal area of ​​the Namib desert cool and almost completely dry. Dense coastal fog is possible in the morning. Inland, most precipitation falls in summer (October – April). Summer temperatures are highest in January and February. Due to the altitude, the nights are sometimes cool. 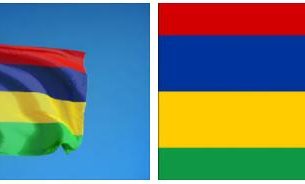 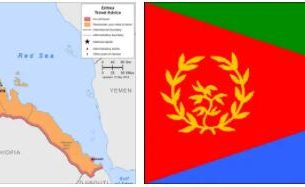