The relatively small town of Oualidia is located in a lagoon right on the Atlantic coast. It has one of the most popular beaches in Morocco. In addition to swimming and fishing, surfing and kayaking are the main activities. But nature lovers also get their money’s worth. Many species of birds live in the lagoons. Oualidia is also known for its fresh oysters and seafood. If you are looking for a place to relax, unwind and enjoy, Oualidia is the place for you.

The most popular sights of Ouarzazate are the Kasbah Taourirt (18th century) and the Kasbah Ait Ben Haddou. The city is the starting point for many day trips and a destination for numerous tourists. Because of the unique landscape of the impressive Atlas Mountains and the endless sand dunes, Ouarzazate has often served as the setting for famous Hollywood films. Apart from that, the desert city is known for its handicrafts. The local handicraft museum and a shop where several carpet weavers sell their products together bear witness to a long tradition of craftsmanship.

Oujda, located in north-eastern Morocco, impresses with its very well-preserved, picturesque medina with the fortress walls of the kasbah and its souks. In addition to the three magnificent gates, the Dar Sebti Palace, which houses a cultural center for Arabic-Andalusian music, is worth seeing. In the Oujda area, a trip to the oasis of Sidi Yahya or to nearby Saidia is worthwhile. There you will find a true paradise, especially for divers and anglers.

Rabat is the capital of Morocco and the residence of the king. The modern city with a historic core is a UNESCO World Heritage Site. The most impressive of several imposing gates is the gate in the Kasbah des Oudaïas. Also worth seeing is the Hassan Tower, which is the unfinished minaret of an unfinished mosque (12th century). The battlements surrounding the old town and part of the new town also date from the Middle Ages. Other sights include the Royal Palace, the National Museum and the Mausoleum of Mohammed V. In summer, the numerous beaches and the nearby Mamora forest are the most popular tourist destinations. Founded in the 11th century, Salé is just across the river dividing the two cities.

Tangier is in the very north of Morocco. The high-altitude old town around the Petit Socco with its souks, workshops, small shops and cafes is one of the main attractions of the city. On the edge of the old town is the Grand Socco and not far from it the Bab Fahs, the main gate of the city wall. The Grand Café de Paris on the Place de France competes with the no less famous Café Hafa, built high on a rock. The Sidi Bounabib Mosque, the Merinid Medrese or the Musée de la Kasbah are worth a visit, as is the idyllic Mendoubia Gardens with their 800-year-old dragon trees. Every year, at the end of May, the International Jazz Festival takes place here. Interesting excursion destinations are the town of Chefchaouen, the fishing village of Asilah or the Hercules caves at Cape Spartel.

Taroudant is one of Morocco’s oldest cities and is often referred to as “Marrakech’s little sister”. It lies in the middle of the fertile Souss plain in the south of Morocco and was a station for caravans for centuries. Taroudant is still surrounded by a very well-preserved historic city wall. A visit in a carriage is definitely worthwhile here. The city is also known for its handicrafts. In the souks, silver jewelry made according to Berber tradition and traditionally knotted carpets are sold. In addition to the argan oil, which is famous for this region, valuable saffron is obtained in nearby Taliouine. Many excursions are organized from Taroudant. For example, to the Berber village of Tiout, a hundred kilometers away.

Tetouan is located in northern Morocco, on a plateau of the Jbel Dersa. Nestled in the foothills of the Rif Mountains, you can reach the Mediterranean coast in just a few kilometers. Tétouan is famous for its unique maze of small streets. In addition to the liveliest square in the city, Place Hassan II, the Sultan’s palace Dar el Makhzen (17th century) is also worth seeing. Also worth a visit is the Kasbah, or Archaeological Museum, which displays Roman-era art and finds from the ruins of Tamuda and Lixus. The Museum of Fine Arts offers a remarkable collection of contemporary art. We also recommend trips to the fishing village of M’diq, about 20 kilometers away, to the gorges of Laou Queds or to the ruins of Tamuda.

The desert city of Zagora is located in the Drâa Valley, which is one of the most impressive landscapes in Morocco. The Kasbahs, oases, palm groves and the imposing Atlas Mountains are particularly fascinating. The oasis town of Zagora used to be an important caravan station and is still the starting point for excursions and camel tours in the Sahara. Such a desert tour is highly recommended. Especially the nights when you can look directly into the clear starry sky are an unforgettable experience. Tamegroute oasis is located 18 kilometers from Zagora. Here there is a library with the oldest Arabic manuscripts. They are exhibited in the Sufi order Nasiriyya.

On certain days of the week, markets called souks are held in the towns and villages. All products of the region are offered. There are also Coopartim shops (affiliated with the Arts and Crafts Association) which sell goods at fixed prices and issue certificates of authenticity. Special shopping tips are leather goods, copper and silver goods, clothing made of silk and other fabrics, woolen rugs, carpets and blankets. Bargaining is common, the final price should be about a third of the asking price. In the south of the country there are Berber carpet auctions in Marrakech, Taroudant and Tiznit – take a guide with you. Shop opening hours: Mon-Sat 08.30-13.00 and 14.30-19. 30.00 (in Tangier Mon-Sat 08.30-12.00 and 14.00-19.00). Some shops in the medinas (souks) are open on Sundays and many shops are closed on Fridays.

Morocco offers a variety of entertainment options, including casinos, discos, restaurants and nightclubs, which often feature belly dancers. Modern nightclubs can be found in all cities and resorts. There are also casinos in Marrakech and Agadir. Traditional entertainment such as B. Folk dances are offered in every city.

Specialties include harira (thick soup) and bastilla, a pigeon meat pie made from many layers of thick batter. Tajine, a stew made from chicken, prunes, almonds and vegetables, is cooked in a special clay pot. Couscous, the Moroccan national dish, is based on millet or steamed wheat semolina, plus egg, chicken, lamb, vegetables or sweet spices. Tajina are delicious, thick stews with marinated lamb or chicken. Hout is a fish variant of the same dish, Djaja Mahamara is chicken stuffed with almonds, semolina and raisins, and Mchoui is spit-roasted mutton. For dessert there is often kab-el-ghzal, an almond pastry, or sweet couscous. Hotel restaurants often also offer international cuisine. Drinks: The national drink is mint tea, which is made from fresh mint and sugar. The coffee is very strong (except for breakfast). Local wine, beer and mineral water are good and inexpensive. Imported drinks are expensive.

There are well-equipped campsites in many areas of Morocco. The Tourist Office publishes an information brochure.

They shake hands to greet each other. Much of the politeness and manners are of French origin. Everyday clothing is accepted everywhere; However, swimwear and shorts belong on the beach. Smoking is very common, it is quite common to offer each other cigarettes. Smoking is prohibited in public buildings such as supermarkets and offices. Photography: Public facilities such as police buildings, courts or police officers may not be photographed. Tipping: While hotel and restaurant bills usually include the service charge, an additional tip of 5-10% is expected. taxi drivers, hairdressers,

The coast has a warm Mediterranean climate most of the year, while the north can get cooler and wetter during the winter months. The best travel time for beach holidaymakers begins in April and ends in November. Inland, it is hotter, drier and similar to the continental climate. The south of the country has a desert climate (hot and dry with particularly strong nighttime cooling during the months of December and January). In the lowlands, the cooler months of October through April are popular with visitors. During this time it is pleasantly warm to hot, with around 30 °C during the day and around 15 °C at night. 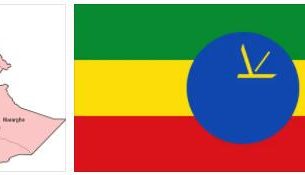 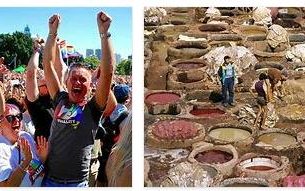 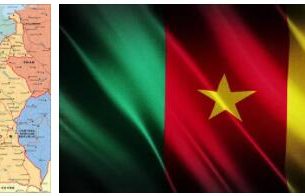