Maine is the northernmost and largest state in New England. The biggest attraction of the state is its sea coast with countless fjords and peninsulas. You get an idea of ​​how rugged this area is when you compare the 640 km as the crow flies with the actual length of the shoreline, which is more than 5,600 km from southwest to northeast. The ragged and splintered coastline has been a scarred landscape and one dramatic spectacle for millennia. Modeled by Ice Age glaciers, which broke granite with their violence and mercilessly dug into the land.

Long Beaches
Just above New Hampshire, the little Highway 1 runs along the sea via Kittery and York with its picturesque houses from the 18th and 19th centuries. Again and again, small roads turn off, leading to bulges and headlands and often right up to the water.

According to usaers, the southern portion of Maine’s east coast is relatively densely populated. Ogunquit, whose name is of Indian origin and simply means “beautiful place by the sea”, is famous for its miles of sandy beach. Another pastime is the Perkins Cove drawbridge: the bridge is raised for incoming boats and ships. Observing this spectacle serves as a leisurely pastime for some guests.

In Maine, you don’t always know in advance whether you’re hitting a quaint old-time village whose main street is lined with thrift shops, cafes, and B&Bs, or a slew of factory outlet stores, or maybe expensive mansions or humble working-class vacation homes.

The two towns of Kennebunk Beach and Kennebunkport are ‘dignified siblings’: they became famous as vacation spots for several US Presidents. Ships used to be launched here, but today the towns are mainly holiday residences for the discerning. Kennebunkport is also home to the Seashore Trolley Museum, which features 200 vintage trolley sets.

Upstate Maine is New England’s largest wilderness with pristine lakes. Maine has been known for its sports and outdoor heritage for over a century. There’s great hiking, rafting, canoeing, hunting and fishing – all while experiencing the state’s wild natural beauty.

Location and size
Maine’s northeastern neighbor is the Canadian province of New Brunswick, while its northwestern neighbor is Québec, also in Canada. Maine borders the Atlantic Ocean to the southeast and New Hampshire to the southwest. The state covers an area of ​​91,646 km², 90% of which is forested.

Getting there
Portland has one international airport, Portland International Jetport (PWM), located 3 miles west of the city. The easiest way to reach Portland from Europe is via New York City (John F. Kennedy Airport – JFK or Newark – EWR). Portland is 173 km north of Boston and 451 km from Montreal.

Indian Summer
In the Indian Summer it is important to be in the right place at the right time. To find out where that is, the Foliage Network, for example, offers information for all states. Maps regularly provide an up-to-date overview of the degree of discoloration. By the way: The term “Indian Summer” in English describes the warmer period in autumn, but the phenomenon of leaf discoloration is called “foliage” or “fall foliage”.

VUSA Tips for Maine Visitors
Almost the size of the other New England states alone, Maine is known for its long coastline, rocky islands and majestic mountains. Nature lovers appreciate the hiking and cycling opportunities as well as the skiing and snowboarding slopes in winter. Year-round, the state offers fresh seafood and excellent museums.

Portland’s culinary scene is legendary, while cities like Kennebunkport and Rockport are mentioned in the same breath as artists and presidents.
Villages farther inland have their own rustic beauty and Mount Katahdin rises to a mighty massif at the center of Baxter State Park, a beautiful 850 square kilometer park.
Fishing, kayaking or whitewater rafting (and if you’re lucky you might even see a moose) Outdoor enthusiasts will find plenty to choose from here.

Portland
Portland, Maine’s largest city, is relatively affluent, with a pleasant atmosphere and a historic downtown area. All around, Victorian buildings bear witness to Portland’s thriving past as a port city. Portland’s West End has the most beautiful villas and an inviting waterfront promenade. The outstanding Portland Museum of Art , Maine’s largest art museum, was built by star architect IM Pei. In addition to American paintings, French Impressionists are also on display here.

Tip: Follow the road down to the waterfront and enjoy the Standard Baking Company’s handmade pastries before taking the Casco Bay Ferry to Peaks Island for a leisurely bike ride on this charming little island, with intermittently fantastic sea views experience.

Ogunquit
Ogunquit’s distinctive inns dot the coast. Here you can feel a fresh sea breeze as you hike the scenic Marginal Way from Ogunquit Beach to Perkins Cove, another area gem. You can stake out your own personal piece of paradise along the nearly three-mile long, seemingly untouched stretch of coast at Goose Rocks Beach. You can also do a kayak tour here.

Acadia National Park
One of America’s most popular national parks, Acadia National Park covers more than 16,000 acres on Maine’s coast, a 3.5-hour drive northeast of Portland. The main attraction of the park is the scenic Loop Road. The 27-mile (43-km) road — only open mid-April through November — winds through the pink granite cliffs of Mount Desert Island’s east coast, passing top attractions. If you prefer to hike, there is a 195 km long network of paths available. Or you can cycle along the 82 km long gravel roads that used to serve as transport routes. Originally designed for horses and carriages, these are ideal for mountain bike tours. You can also climb here or sail around the islands. 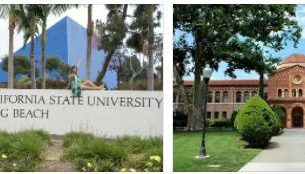 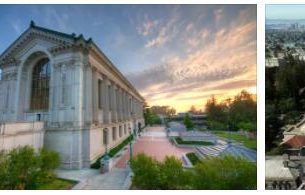