After extensive destruction during the war years, Beirut was in a reconstruction phase for a long time. Today’s ultra-modern city has preserved many architectural witnesses from the period 1875-1975. The impressive harmony of sea and mountains gives the city an incomparable beauty. Beirut is an ideal starting point for excursions – no scenic or archaeological sight is more than a three-hour drive away.

Byblos is said to be the oldest city in the world. The Phoenician, Egyptian and Byzantine influences are clearly visible. In Beiteddine, southeast of Beirut, in the Chouf Mountains, Emir Bashir had a palace built in the first half of the 19th century. The courtyard and state rooms are particularly worth seeing. One of the best-preserved temple complexes from Roman times is located in Baalbek. In the midst of the temple complex, the pillars of the Temple of Jupiter soar into the sky. The imposing Bacchus Temple is almost completely preserved.

There are some night and music clubs in mountain resorts and Beirut. Many cinemas show the latest international films. The internationally renowned Casino du Liban is located in Maameltein on Jounieh Bay (22 km north of Beirut). In addition to magnificent arcades, it offers exclusive restaurants and a variety show.

A Lebanese specialty is kibbe, lamb or beef paste with wheat, raw or baked on trays or as fried balls. Also recommended is the traditional Lebanese mezze, up to 40 small appetizers served with arrak (aniseed liquor). Lahme mishwi (mutton stew with onions, peppers and tomatoes) is very popular. Other typical dishes are tabbouleh (salad with wheat and lots of parsley), hommos (mashed chickpeas with sesame paste) and mtabbal (grilled eggplant mousse). Each meal ends with fruit. Beverages: Alcohol is permitted. Lebanese wine has also made a name for itself internationally.

There are hotels of all price ranges in Beirut and other major cities. Bookings should be made through a travel agency specializing in Lebanon and confirmed prior to departure. Due to the continuing unstable situation, room prices are subject to strong fluctuations. Hotel rates are usually quoted in US dollars and credit cards are generally only accepted in hotels with room rates above US$50. Categories: 1-4 stars with staggering of A and B quality in each class and Luxury Class. Further information from Hotel Owners Syndicate and Association, Sodeco Street, PO Box 166011, LB-Beirut (tel: (01) 20 20 59, 32 90 95/96) or from the Ministry of Tourism (see addresses).

The Youth Center (a branch of the National Tourist Board, see addresses) gives information about campsites, cheap accommodation, youth hostels and camps where you can work.

Visitors are expected to be open and respectful of local customs and customs. If you are invited to a meal, bring a small gift with you. Casual wear is appropriate during the day. In the larger cities, dress is usually a bit more formal. Evening wear is expected in good hotels and restaurants. Smoking: Smoking is prohibited in public, enclosed spaces such as hotels, restaurants and cafes. Tipping: Service charge is usually included in hotel and restaurant bills, but it is customary to give an additional tip of 5-10%. Taxi drivers also expect tips.

Mediterranean climate. Summers are hot, rather humid on the coast and generally dry at high altitudes. Winters are cool and rainy. Spring and autumn are the most pleasant seasons. 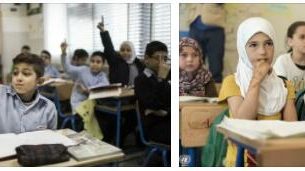 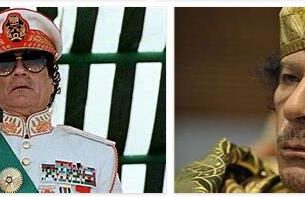 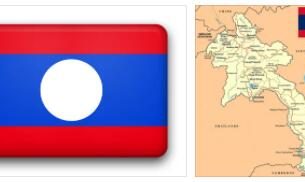