According to computerminus, Japanese cinema showed encouraging signs of recovery in 2014 after the decline recorded since 2011: 161,166,000 tickets sold, 615 films produced (all-time record) and 3,364 screens overall.

In the variety of genres addressed there has always been a link with the tradition of the past, but also strong elements of novelty represented above all by the explosion of j-horror (Japanese horror) from the end of the previous decade with Ringu(1998; The ring) by Hideo Nakata, the same filmmaker who would travel to the United States to direct the remake of the sequel he made in 1999, The ring two (2005; The ring 2) with Naomi Watts, before returning home to sign Kaidan (2007 ; Apparition – Love beyond death). In most of these films the tension is often fueled above all by what is not shown, with the construction of disturbing psychological and environmental atmospheres in which the presence of ghosts and curses is felt. In addition to Nakata, among the most important directors who have dealt with the genre we must remember Kiyoshi Kurosawa, with his cinema of apparitions, metaphysical, in which he wants to highlight the loneliness of humanity (the excellent television series Shokuzai , 2012, known as Penance), and Takashi Shimizu who, after the success of the saga inaugurated by Ju-on (2000; Ju-on. Grudge), has not been able to repeat itself at those levels as demonstrated by the recent Senritsu meikyû 3D (2009, known as The shock labyrinth: extreme 3D). The prolific Takashi Miike has also dealt with horror several times (Ôdishon, 1999, known as Audition, remains one of the cornerstones of the genre), but he has also directed comedies, fantasies, thrillers, detective stories and period films such as Jûsan-nin non shikaku (2010; 13 assassins), remake of Eichi Kudo ‘s jidaigeki (samurai film) from 1963. And other filmmakers such as Shinya Tsukamoto ( Kotoko , 2011) and Shion Sono (Kimyô na sâkasu, 2005, known as Strange circus) have often let horror traits emerge in their films characterized by a very personal style.

In animation cinema, the recognized master is Hayao Miyazaki, with his films produced only by his Studio Ghibli in which the theme of the environment, the construction of fantastic worlds, the contrast between the purity of the eyes of children and that of the adults. The director has announced his retirement after his latest film, Kaze tachinu (2013; The Wind Rises). Fundamental in anime (the Japanese term for animated films) is also the work of Satoshi Kon (Papurika, 2006; Paprika – Dreaming of a dream), who died in 2010, that of Katsuhiro Ôtomo (Suchîmubôi, 2004; Steamboy) and, more recently, by Shinkai Makoto (Koto no ha no niwa, 2013; The garden of words).

In 2012, Japanese cinema lost one of its great directors, Kôji Wakamatsu (Kyatapirâ, 2010; Caterpillar), hit by a taxi, while Takeshi Kitano embarked on a new path, more dreamlike and ghostly, now to give shape to the tormented process of artistic creation (Akiresu to kame, 2008; Achilles and the turtle) now to give life to the ghosts of the yakuza-movie (Autoreiji, 2010, Outrage; Autoreiji biyondo, 2012, Outrage beyond). E se Yôji Yamada (Chiisai ouchi, 2014, known as The little house) continued on the line of the classic mélo inspired by the atmospheres of the master Yasujiro Ozu, Hirokazu Koreeda faced the complicated family dynamics in his films, as in the imposing Soshite chichi ni naru (2013; Father and son), while Naomi Kawase (Hanezu no tsuki, 2011; Hanezu) in the last decade has made itself known internationally thanks to its frequent participation in the Cannes Film Festival. 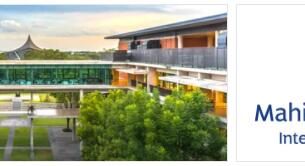 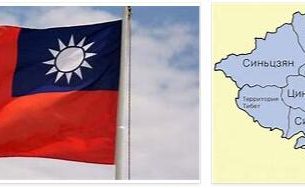 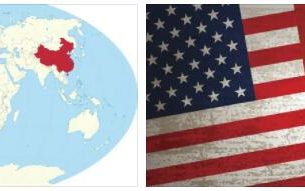