According to equzhou, St. Francis Xavier introduced Christianity in Japan (15 August 1549 – 20 November 1551). The Jesuits, his brothers, who followed him, made numerous conversions there, so much so that in 1582 there were already 200,000 Christians there with a seminary for many Japanese young people who were going to the priesthood. The Jesuits were joined, at the end of the century. XVI, the Franciscans, the Dominicans, the Augustinians for whose work the neophytes increased considerably. But a violent reaction soon broke out with the express purpose of eradicating the new cult from its roots. The first edict of persecution (1587) many others followed, one more violent than the other; foreign missionaries were exiled or condemned to the most barbaric kinds of death; indigenous Christians were forced to choose to deny or die. Finally, in 1640, it was strictly forbidden not only to missionaries, but to every foreigner, to set foot on the islands of the empire. After almost two and a half centuries, in 1889 religious freedom was granted in Japan, but the interventions of foreign powers after the war with China (1894) and with Russia (1904) helped to create a spirit of mistrust regarding Christianity., from which all the efforts of the missionaries were paralyzed for several years. This largely explains the relative failure of Christian missions in this state, which is the most powerful of non-Christians. Japan’s Christian population has not yet reached 300,000; of which 53,611 Catholics, 74,206 Orthodox, 150,000 Protestants. In spite of this, mistrust gradually falls before the disinterest and charity of the missionaries, and apostolate becomes more fruitful. The recent arrival in Japan of several congregations of different nationalities, which dedicated themselves to work in perfect agreement with the ancient congregations and with the Japanese clergy, contributed greatly to this result, as well as the concession to this clergy of the largest local diocese, that of Nagasaki, which alone contains more than half of Japanese Catholics.

Until 1904 the Society of Foreign Missions of Paris had provided, alone, all the priests of the four apostolic vicariates of Japan (Tōkyō, Nagasaki, Ōsaka and Hakodate). Today all of Japan is divided into 12 prefectures, vicariates or dioceses, entrusted to 9 different groups of missionaries.

In addition to the aforementioned congregations in Japan there are the Marianists, who have thriving secondary schools in Tōkyō, Ōsaka and Nagasaki, and the Jesuits, who, arrived in 1908, opened the Catholic university in Tōkyō which has more than 900 students, that is 143 enrolled in university courses, 796 in preparatory courses. The women’s religious congregations are represented by 12 different institutes, and are mainly involved in works of charity and education. The staff of the missions in Japan consists of 222 foreign and 62 Japanese priests, 59 foreign lay brothers and 71 Japanese, 314 foreign nuns and 208 Japanese. There are also 683 catechists and 501 school teachers.

Both these congregations and the secular clergy are recruiting more of the indigenous element every day. There are 8 seminaries and 12 novitiates in Japan; other Japanese young people completed ecclesiastical studies abroad (there were about ten at the Propaganda Fide college in Rome in 1932).

The didactic activity is still underdeveloped; there are only 12 secondary schools and are of recent date. The severe prohibition of imparting religious teaching in schools disconcerted the missionaries: they did not want to sacrifice their time and means to impart simply profane teaching.

Protestants appeared in Japan after the 1859 treaty with the United States. They came in large numbers, especially from America, concentrating their efforts on the schools.

In Tokyo alone they currently have eight schools of higher education; the number of their students across Japan is now 158,787. Beyond the schools, the Protestants have developed health care works, which attract them a lot of sympathy. Thus the great San Luca hospital in Tōkyō is among the best of its kind. Furthermore, if we consider that in 1930 they had 1490 churches or chapels, 1759 propagandists and 154.521 faithful, it is evident that they have surpassed Catholics in many fields of the apostolate. Because of the diffidence regarding Christian missions in general, the Protestants soon began to nationalize their churches, and it is noteworthy that, especially since 1907, they have elected Japanese as heads of their churches, while leaving the missionaries as cooperators or auxiliaries.

As for the Orthodox, who already formed a thriving church in Japan, they received a fatal blow from the Russo-Japanese war. Left out of any relationship with its country of origin, from then on this church has only grown. However, its adherents are still around 75,000. 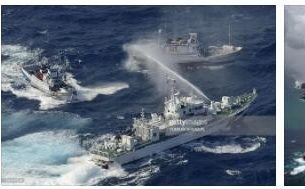 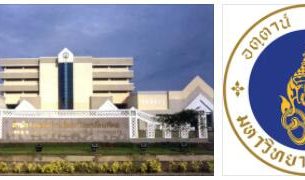 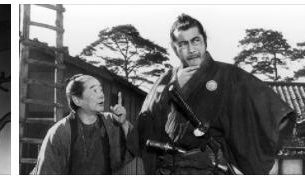