Until 1868, Japan did not have a real army, but only feudal troops made up of samurai at the service of the great feudatars. Only after the radical political reforms of 1868 did Japan organize the army with systems similar to those of Europe. The evolution was gradual: from 1868 to 1875 the army was still made up of samurai from the dissolved feudal militias and was trained with the help of French instructors. In 1875 the obligation to military service was introduced, attenuated by exemptions and temperaments, subsequently reduced by the laws of 1879, 1883, 1889. Under the law of 1889 the army was divided into active, 1st reserve,, territorial ; duration of the service obligation 23 years; peacekeeping force, of the active army, 60,000 men (of which about 3,000 officers), of the reserve 100,000 men, of the territorial army 45,000 men; prevailing the German systems, by the German general von Mohl, appointed military adviser to the army. The 1894 war against China sanctioned the goodness of Japanese military systems and provided valuable experience. On the eve of the war with Russia (1904-05) the organization of the army was essentially unchanged; this included 200,000 campaign army men (13 divisions, 2 cavalry brigades, z campaign artillery brigades), 12,000 fortress artillery men (6 regiments, plus 3 battalions), 80,000 reserve men (12 mixed brigades)), 130.

The army was reorganized and modernized between 1925 and 1927. The emperor is its supreme commander, who exercises his authority through the Ministry of War, the Army General Staff, the Inspectorate of Military Education, and is assisted by an advisory body, the “council of marshals”.

The territory is divided into 16 divisional districts (of which two in Korea): organic nucleus of each district 1 division; in total 16 divisions, plus 1 division of the imperial guard and 1 mixed brigade of the island of Formosa. The division includes, in principle, 2 infantry brigades out of two regiments, 1 field or mountain artillery regiment, 1 sappers engineer brigade, 1 infantry telephone department, 1 engineer train brigade.

The infantry includes 34 brigades (2 of the guard, 32 of the line, each on 2 regiments), plus 6 autonomous battalions. The regiment is made up of 3 battalions, 1 cannon department (2 cannons of 37 and 2 mortars of 54), 1 connection section; the battalion of 3 rifle companies (each with 6 light machine guns) and 1 heavy machine gun company (of 4 machine guns). Organic strength of the battalion: 600 men. The cavalry includes 25 regiments, of which 8 gathered in brigades of 2 regiments each. Each regiment has 2 to 3 squadrons (with 4 light machine guns each) and 1 heavy machine gun squadron (of 4 machine guns). Organic strength of the squadron: 100 men. The artillery includes the specialties: from campaign (15 regiments, on 3 brigades, each of 2 batteries of 4 pieces of 75 horse trainees); mountain (4 regiments, made up like the field ones, but with donkey material); on horseback (i group, of 2 batteries on 4 pieces of 75 each); heavy field (8 regiments, united in 4 brigades: each regiment has from 2 to 3 groups, on two batteries of 4 howitzers of 150, or 4 guns of 105 each); heavy (3 regiments, out of 2 battalions; 1 autonomous battalion: each battalion has a varied number of batteries of various caliber); anti-aircraft (the regiment of 2 groups). The genius includes the specialties: sappers (17 battalions, out of 3 companies); railway workers (2 regiments, out of 2 battalions, each of 2 companies); telegraphers (2 regiments, out of 2 battalions, each of 3 companies). The tanks comprise 1 department of 2 battalions (each of 2 companies of 10 tanks) and 1 training department (20 tanks). The gendarmerie, in charge exclusively of the military police, includes 26 legions (the legion for each division, the remainder not undivided); organic force 275 officers, 4,410 inspectors and sub-inspectors, 54,100 officers. The services consist of central and local management bodies and executive bodies (factories, warehouses, etc.). The executive bodies are unique for the artillery and engineering services. The automotive genius is limited to only 1 battalion of 2 companies, mainly a center of education and mobilization (the remaining vehicles are decentralized to the corps).

According to calculatorinc, the military schools are: 1 preparatory (of the cadets); 1 officer recruitment (which receives graduates from cadet schools and, directly, other candidates); 3 for the recruitment of non-commissioned officers; various of improvement and application (i infantry, 1 cavalry, 1 artillery and genius, i perfect engineering, 2 artillery firing, 1 physical education, 1 administration, 1 health, 1 of veterinary, 1 of connections, 1 of motoring, 1 of gendarmerie, 2 of air force); 1 superior (college of the general staff, which perfects the most distinguished officers and forms officers of the general staff).

All physically fit male citizens are personally required to do military service from the 20th to the 40th year. The unworthy are exempt; there are temperaments, limited, in favor of the family, and, moreover, of studies. Enlistment takes place by drawing lots (the income of the classes is much higher than the incorporated quota). The incorporated contingent, normally called in the 20th year, completes the 18-month stop in the active army; the one not incorporated is assigned, for 25%, to the special recruitment reserve (destined, in peace, to keep the numbers of the active army in number), for the remainder to the territorial army.

The duty of service is divided as follows: 18 months (from the 20th year) in the active army; 5 years and six months in the “1st reserve” (reserve of the active army, intended to bring the peace units on a war footing: during the stay there are two calls, one of 30 and the other of 15 days) ; 10 years in the “2nd reserve” (destined to constitute the newly formed units); remaining years, from the 17th to the 20th and after the 37th to the 40th, in the “territorial” army (to which the uneducated are also assigned). The personnel collection system is predominantly regional, for all weapons.

The non-commissioned officers (special marshal, marshal, 1st sergeant, 2nd sergeant), are drawn, through the non-commissioned officer recruiting schools, from the troops classified as distinct soldiers. The officers (second lieutenant, lieutenant, captain, commander, lieutenant colonel, colonel, major general, lieutenant general, general, marshal) of combat weapons are drawn from the Tōkiō recruiting school, unique for all weapons. The students complete a first two-year course there; they serve, for a year, as non-commissioned officers, in a regiment of the weapon to which they aspire; they return to the school to complete a last course of 1 year and 10 months; they are sent to the body with the rank of aspirant: they are finally promoted to second lieutenants, after 6 months of service as an aspirant in the body. 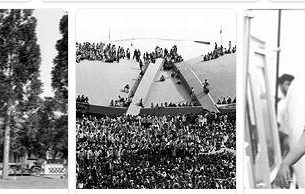 Indonesia History in the 1990’s 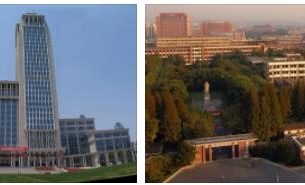 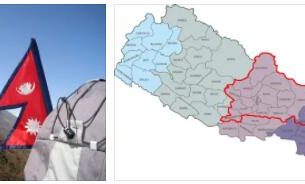