Tobacco products and spirits are sold in special shops without window displays, minors are not allowed here.

Budapest has the most diverse nightlife in the country. There are many nightclubs, bars and discos here, most of which are located on VII Liszt Ferenc tér and IX Ráday utca. Many nightclubs have local DJs spinning electronic house music. During the summer months, some clubs open an outdoor event space on the banks of the Danube. Fans of jazz music are also drawn to the Hungarian capital, where numerous jazz clubs often feature not only Hungarian musicians but also foreign artists. Up-to-date event information can be found in the English-language magazines Where Budapest or the Budapest Sun. In the opulent setting of the Hungarian State Opera (tel: (1) 814 7100; internet: www.opera. hu) opera and ballet performances as well as classical concerts take place throughout the year. The admission prices are very moderate for the quality offered, tickets can be bought in advance via the Internet or directly at the ticket booth in the entrance area of ​​the opera house. The nightlife in the larger university towns of Debrecen, Györ and Szeged is a little less varied, but at least as lively. During the summer months, the resort town of Siófok, on the southern shore of Lake Balaton, offers a vibrant nightlife, earning it the reputation as the “party capital of Hungary”. Especially in the west of the country there are many wine cellars that are open until late at night. The cinemas in the big cities often show films in English. Anyone interested in folklore

Hungarian dishes are best known for the liberal use of paprika, sour cream and garlic are also often used. The local cuisine was subject to all sorts of influences from near and far, such as from France, Turkey and other Central European countries as well as neighboring Serbia. Dishes are often prepared with pork, and chicken is also very popular. Since Hungary does not have direct access to the sea, fish does not play a major role in the daily diet, although freshwater fish such as carp are occasionally served. There is a wide range of different types of gastronomy in Hungary, which ranges from inexpensive snackbár or büfé (self-service restaurants) to fine restaurants. Cukrászda (pastry shops that generally sell dairy products) often offer light snacks in addition to cakes and tarts. Kávéház (coffee shops) are also popular.

There is no law that regulates serving times. Minors are allowed to stay in pubs and bars, but are not served alcohol. Egészségedre! means Cheers!

In restaurants, 10-15% of the bill is appropriate, while smaller amounts in cafés or bars and when taking a taxi are simply rounded up.

Eszpresso bars, cafes and other bars offer alcoholic and non-alcoholic soft drinks. There are numerous Hungarian wineries, all of which produce excellent wines. The selection ranges from full-bodied red wines, which are made from the local grape variety Kékfrancos (Lemberger), for example, to full-bodied, sweet white wines such as Tokaji (Tokaji, a dessert wine). The Bikavér (Eger bull’s blood, red wine) is also excellent. Pálinka (brandy) is offered in the flavors Barack (apricot), Szilva (plum), Körte (pear) and Cseresznye (cherry). The country’s best-known beer is called Sör.

In Hungary you can drink alcohol from the age of 18.

The services are generally good. Tourist pensions with 4 or 5 bed rooms offer simple and cheap accommodation. Hotel Classification: Hotels are classified into the Hotelstars Union star categories from one to five stars. Private accommodation in inns is inexpensive. A private bathroom is sometimes available, but breakfast is not offered. Booking via the local tourist information offices in Hungary. It is advisable to book well in advance. Information from the Hungarian Hotel Association, Secretariat, Novotel Convention Center, Jagelló Street 1-3, HU-1123 Budapest. (Tel: (01) 466 94 62. Web: www.hah.

Camping is only permitted in specially designated areas. The Hungarian Camping and Caravanning Club, among others, accepts bookings. Address: Mária Street 34, HU-1085 Budapest. Phone: (01) 267 52 55/56. You usually have to bring your own gear. Caravans are allowed on all campsites that have electricity. A parking fee will be charged. 50% discount for people under 16 years old, children under 6 years old don’t pay anything. Categories: Classification in four categories – 1, 2, 3 and 4 stars – depending on the equipment. Most places are open from May to September.

51.9% Roman Catholic, 22.5% Protestant; alongside Jewish and Hungarian Orthodox believers and a minority of Muslims.

General: Hungarians attach great importance to a pleasant, interpersonal atmosphere and personal points of contact. Therefore, a conversation always begins with a short small talk, in which one inquires about the well-being of the interlocutor. Questions about family, hobbies or friends are often asked. Appropriate manners: When greeting, people shake hands, a hug is more personal. Women usually greet each other with a kiss on both cheeks. You should use first and last names. Invitations to private homes are common, even among business people. When eating, toasts are usually pronounced, which should be returned. Small gifts such as flowers, Chocolates or a good bottle of wine are gladly accepted, especially when invited to dinner. They are also happy about specialties from their home country. Hungarians value courtesy very much, Kérem szépen! (Here you go!) is one of the most important phrases. Clothing: smart casual clothing is appropriate almost everywhere. Smarter attire is expected in better bars, fine restaurants and on special occasions. Invitations usually do not contain any information about the desired clothing. Smoking: Smoking is prohibited on public transport and in public buildings (including restaurants) and within a radius of 5 m from the entrance of the building, as well as at bus stops, in playgrounds and in underpasses. Tipping: In the restaurant, in the hotel, a tip of 10-15% in cash is given to the hairdresser and the taxi driver. Dogs: import ban on fighting dogs. Dogs must be muzzled on public transport in Hungary. Leashes are compulsory in public places. Bathing ban for dogs in Lake Balaton and Lake Velence.

Temperate continental climate with hot summers and cold winters. Autumn and spring are mild. Rainfall all year round. The best travel times are spring and autumn and summer for beach holidaymakers. 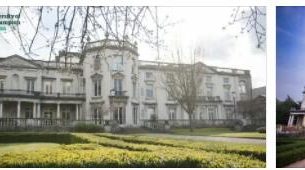 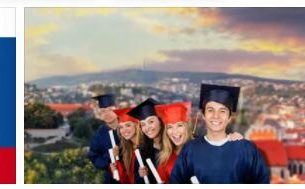 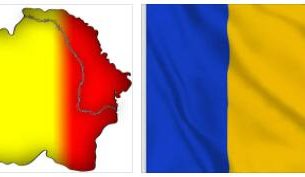