Located in the eastern Peloponnese, Epidauros is one of the most important ancient cult sites in Greece. Consisting of a guest house, temple and stadium, the place of worship near the city of Nauplion was declared a UNESCO World Heritage Site. Those seeking salvation made pilgrimages in the 4th century BC. to the god of healing Asklepios. There is a beautiful view of the Argolis mountains from a huge theater on the hillside. Numerous performances take place here in the summer.

The second largest Greek city, Thessaloniki, is the center of Macedonia with its airport and ferry port. It has a vibrant arts and culture scene. The Byzantine and early Christian churches are included in the UNESCO World Heritage List. Sights include the city’s landmark, the White Tower, as well as the historic city wall and Hagia Sofia. As an interface for travel in all directions, it is above all the gateway to the Chalkidiki peninsula, whose middle finger Kassandra is also a popular holiday destination for Greeks.

Near the Pindos Mountains in Thessaly is one of the largest reservoirs in Greece, the Plastira reservoir, measuring 22 m2. Formerly just a water reservoir, the lake is now also used for tourism with boat rentals and beaches. Near the 83 m high dam wall, a hiking trail leads to a vantage point above, which offers a panoramic view. A ring road, which leads to a higher monastery complex, leads around the lake.

Lace, metalwork, ceramics, clothing, knitwear, rugs and blankets, leather goods, local wines and spirits. In Athens you can buy both luxury goods and handicrafts from the different regions.

Antique imitations of all kinds are available for purchase. The export of real antiques is strictly forbidden.

Nightlife is concentrated in the larger cities and resorts where there are discos and concerts. Local tavernas and restaurants often host live music, with Greek folk music and bouzouki music being particularly popular.

In the restaurants and taverns, simple dishes are generally served. There are hardly any sauces, but local olive oil is used generously. Many dishes are prepared on the charcoal grill. Food such as dolmades (stuffed grape leaves), moussaka, souflaki and avgolemono (soup) are readily available. Specialties also include taramosalata (pink fish roe paste with lemon juice), calamari (squid), tzatziki (yoghurt, olive oil, lemon juice, garlic, cucumber and dill) and fish dishes of all kinds. Salads often come with feta (sheep and goat cheese) and olive oil prepared. Olives are cheap and available everywhere. In summer there is a lot of fresh fruit, especially watermelons, in late summer also delicious figs and cactus fruits. Some restaurants also offer international dishes. Restaurants are often open between 12pm and 3pm for lunch and between 9pm and midnight for dinner. Drinks: The most famous Greek drink is retsina, the wine made using pine resin. Ouzo, the aniseed liquor, is mixed with water. Raki (brandy) is spicy and fiery. Greek coffee is drunk strong and sweet. The local beer is similar to Pilsner. Bar opening hours vary by region and local regulations.

Value added tax is 13 percent in restaurants and hotels.

The Hellenic Chamber of Hotels offers a search mask with numerous features for around 9000 hotels in several hundred destinations in Greece. Both mainland Greece and the islands have hotels of different standards to choose from, from luxury hotels on the mainland and the larger islands to simple beach cottages. Advance booking is recommended in the high season (Easter and June – September). Hotel Classification: Hotels are classified into the Hotelstars Union star categories from one to five stars. Depending on the hotel category, guests pay an overnight fee of 50 cents to 4 € per room.

There are around 340 official campsites; a campsite directory is available through the Panhellenic Camping Association. Free camping is prohibited nationwide. Mobile homes can be rented in Athens, among other places.

Some youth hostels belong to the Hellenic Youth Hostel Association. JHW membership is not always required. A list of addresses is also available from the Tourist Office.

Greeks are very aware of their rich historical and cultural heritage. Traditions and customs vary from region to region, but national unity is evident everywhere. The Greek Orthodox Church is particularly influential in rural areas. Lifting the head with a click means »No«. Casual wear is appropriate. No smoking: Smoking is prohibited in all public transport and public buildings, including cafes, bars and restaurants etc. Tipping: Approx. 5% in restaurants and 10% in upscale restaurants if the tip is not already included in the bill. Round up in the taxi.

Mediterranean climate. Dry, hot summer days are tempered by fresh breezes, especially in the north and on the coast. Athens can get stiflingly hot, acclimatization takes a few days. The evenings are cool. Winter is mild and wet in the south but considerably cooler in the north. It rains the most between November and March. It rains more on the coasts than inland. The best travel times are April to June and September to early November. 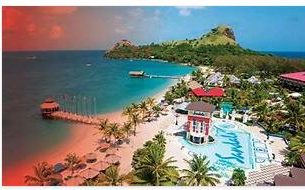 Top 10 Countries Most Dependent on Tourism 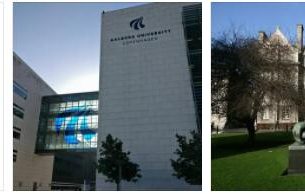