On the northern coasts open the deep estuaries of the Germanic rivers (Germany has a hydrographic network of great importance): the Oder on the Baltic Sea, the Elbe, the Weser and the Ems on the North Sea. All these rivers, like the Rhine, have a direct course from S to N, with the typical deviations towards the NW of the lower section due to the direction of the furrows of the glacial period. The Oder is in fact a Polish river: it originates from the Beskids and crosses Poland, licking the Germanic territory only in the final stretch. Elba has its origin from the Giant Mountains (Sudetes); after having crossed the Bohemian Depression with its upper course it enters Germany and, after passing the last reliefs, it becomes an important navigable river (a large city, Dresden immediately overlooks it), on its long and protected estuary lies Hamburg, the largest German port. The Weser is less important than Elbe, given its more limited development (its main spring branch originates in the Thuringian Forest), but it is also navigable and like Elba it has an excellent and deep estuary, on the “neck ”Of which is Bremen. Of the Germanic rivers, however, the largest is the Rhine, which includes several tributaries that penetrate the massifs of the Middle Mountains, such as the Moselle, the Neckar, the Minus etc. The Rhine is certainly the most vital watercourse in Central Europe. It is a river of Alpine origin and in Basel, at the entrance to the Renana Fossa, it is already wide and magnificently navigable: from this we understand its importance in Germanic and European geography, as it connects the Alpine region with the North Sea, where the river flows between the large delta formations that make up a large part of the Dutch territory. The hydrographic picture of Germany is completed with the Danube, which collects the waters of the large basin between the Black Forest, the Alps and the Swabian – Franconian Jura, paying tribute to the Black Sea through the Pannonian and Balkan regions. The navigability of the Rhine, like the other Germanic rivers, is connected to the maturity of their longitudinal profiles, that is, to the fact of crossing regions without roughness; it also depends on the relative constancy of their scope. Apart from the Rhine, originally fed by glaciers, the diet linked to the oceanic rain regime that generally characterizes the climate of Germany predominates. The functionality of the Germanic rivers, from the point of view of navigation, is enhanced by the numerous connecting channels which together form a very extensive network, already on an international Central European scale, centered on the Rhine, which is connected on one side to the Elbe (with the Mittellandkanal), from, the Meuse and the Seine.

Devoid of great reliefs, the Germanic territory is open to oceanic influences; the climate of Germany can generally be defined as Atlantic, rainy, with rainfall distributed throughout the year with a certain regularity and a temperature regime without excessive changes. However, the continentality in the innermost and easternmost part of the country is relevant, which is now considerably far from the sea and which is strongly affected by the effects of the air masses coming from the Sarmatic plains, which are responsible for the marked temperature variations. annual and the lowest rainfall. The characteristics of the Germanic climate with its seasonal alternations, concerning both temperatures and rainfall, are therefore fundamentally due to the dual influence of the continental and Atlantic masses. Temperatures in summer vary from N to S, passing from 16 ºC on the north-western coast (Hamburg), all open to the Atlantic mitigating breath, to 18-19 ºC in the interior (Stuttgart), up to 20 ºC in the Rhine valley (Strasbourg). ); the data refer to the July averages. In winter, temperatures tend to vary from E to W in relation to the influences of continental air masses: they go from –3 ºC and even –4 ºC in Berlin to +1 ºC and +2 ºC in Aachen (January averages). Precipitation in general is uniformly distributed throughout the year, albeit with accentuated summer rainfall; with the attenuation of the Atlantic influences they decrease somewhat from W to E passing from over 700 mm in the western regions to 500-600 mm in the eastern ones. In areas subject to the oceanic climate, however, they fall mainly in winter and abundantly sprinkle the slopes of the best exposed massifs (in all of Germany, however, the rains are abundant in the mountainous areas): so in the Black Forest there is up to 2000 mm of rain per year. Visit insidewatch.net for travel to Europe.

Overall, four main climatic regions can be identified: the eastern one, with a marked continentality, with long and cold winters, hot summers and low annual rainfall; the northern one, with a typically oceanic climate, mild and rainy, in the part facing the North Sea, more rough and dry in the Baltic area; the Rhenish one, which corresponds to the sunniest and mildest part of the country, with mild winters and hot and dry summers (this is demonstrated by the spread of the vine, which is quite unique in a temperate continental environment such as the one in which this crop is inserted); finally, the wide mountainous belt of central and southern Germany, where continentality again predominates and which therefore presents rigid winters and very hot summers but which, proceeding towards the S (Swabian-Bavarian region) gradually assumes the characteristics of the alpine climate, with rainy summers, often storms, and a smaller annual temperature range. 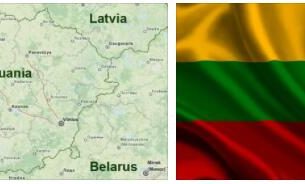 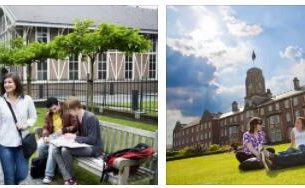 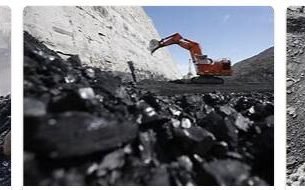