After the Russian February Revolution in 1917, the Finnish state parliament took over government, declared Finland independent on December 6, 1917 and concluded a separate peace with the German Reich on March 7, 1918. In January 1918 a civil war began between the bourgeois groups of Finland, the “Whites”, who were supported in the final phase at the beginning of April 1918 by German troops (“Ostseedivision”) under General R. von der Goltz, and the Bolsheviks, the “Reds”. After the victory of the “Whites” on December 12, 1918, their commander, General C. G. Freiherr von Mannerheim, became Reich Administrator. A republican constitution came into force on July 17, 1919, and on July 25, 1919, K. J. Ståhlberg was appointed first president (successor: Lauri Kristian Relander [* 1883, † 1942]; in office 1925–31). On October 14, 1920, peace was made with Bolshevik Russia at Dorpat, in which Finland received the Petsamo area on the Arctic Ocean, but gave up its claims to East Karelia. Finland joined the League of Nations in December 1920. In 1921 he was awarded the Åland Islands by him.

After the outbreak of World War II, according to globalsciencellc, Finland was attacked by the USSR in November 1939, which had demanded the cession of strategically important areas. In the Finnish-Soviet Winter War looked for Finland to argue, but had to cede West Karelia and the Sallagebiet and lease the base Hanko in the Treaty of Moscow (12. 3.1940). In 1941 Finland took part on the German side in the war against the USSR (“Continuation War”); in the armistice of 1944 and in the peace of Paris (10.2.1947) it had to cede the same areas as in 1940 (additionally Petsamo) to the USSR and pay them reparations; Hanko was exchanged for Porkkala. 1944–46 Mannerheim was President of the State.

Development in the second half of the 20th century

The country, which remained unoccupied, quickly recovered from the consequences of the war under President J. K. Paasikivi (1946–56) (by 1952, reparation claims of US $ 300 million were met) and was able to maintain its independence. The focus of Finnish foreign policy was the development of a good neighborly, conflict-free relationship with the Soviet Union, which was served by a “Treaty of Friendship, Cooperation and Mutual Assistance” concluded with it in 1948 (extended in 1955, 1970 and 1983, in force until 1990). This foreign policy course, according to its key representatives, Presidents Paasikivi and U. K. Kekkonen (1956–81; also Prime Minister 1950–53 and 1954–56), referred to as the “Paasikivi-Kekkonen Line”, combined with an expansion of relations with the Scandinavian countries (joining the Nordic Council in 1955) and with the Western European countries (1961 associated member of the EFTA, 1974 entry into force of the trade agreement with the EEC). In 1969 Finland proposed the convening of a European Security Conference (CSCE) in Helsinki. President Kekkonen’s successor in office was M. H. Koivisto (1981–82 incumbent head of state, after his election 1982–94 president; 1968–70 and 1979–82 also head of government).

In addition to the Center Party of Finland (KESK; until 1965 Agrarian Union) v. a. the SDP repeatedly involved in the formation of a government (except 1962–66). The coalition cabinet ruling from 1982 under the Social Democrat Kalevi Sorsa (* 1930, † 2004; already Prime Minister 1972-75 and 1977-79) was formed in 1987 by a government made up of the National Collection Party (KOK), SDP, Swedish People’s Party (SFP / RKP) and Finnish Rural People’s Party (SMP) replaced under Harri Holkeri (* 1937; KOK). The KESK was relegated to the opposition for the first time in 50 years. However, it emerged from the parliamentary elections in 1991 as the strongest party and, together with the Conservatives, the SFP / RKP and the Christian Union (SKL), formed a coalition government under Prime Minister E. T. Aho (KESK). Instead of the friendship and assistance pact that became obsolete when the Soviet Union dissolved, Finland and Russia signed a new basic treaty in January 1992. On March 18, 1992, Finland applied for membership in the EC. After the accession negotiations were concluded (March 1994), Finland joined the EU on January 1, 1995.

The first direct election of the Finnish President took place in January / February 1994 (second ballot on February 6th as a runoff); The Social Democrat M. O. Ahtisaari was elected (took office on March 1, 1994). The Reichstag elections of 19 3.1995 were won by the Social Democrats; Its chairman, P. T. Lipponen, became Prime Minister of a broad five-party coalition (“Rainbow Coalition” made up of SDP, KOK, VAS, SFP / RPK and the Greens) on April 13, 1995. In the parliamentary elections on January 21, 1999, the SDP was able to maintain its position as the strongest political force despite losing votes; the cabinet led by Lipponen continued its work after a minor reshuffle of the government (new swearing on April 15, 1999). 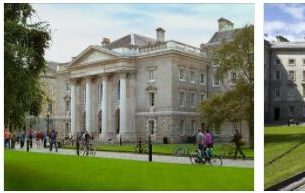 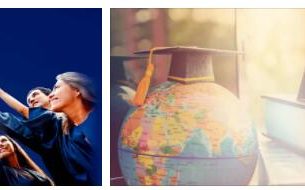