At the end of the 19th century, the capital of Eritrea, Asmara, was nothing more than a small cluster of villages. In 1897, the Italian colonial government moved the seat of government from Massawa to Asmara, which was declared a UNESCO World Heritage Site in 2017. Italian architecture characterizes the cityscape, the imposing cathedral was built in 1922 in the Lombard style. Carrara marble was used in the construction of the largest mosque, Khulafa el Rashidin. Gold and silver jewelery can be bought at the market nearby. The large market north of the cathedral is definitely worth a visit: fruit and vegetables, spices, used furniture, pottery, wood carvings and clothing are all on offer. National Avenue is the city’s lifeline. The Court of Justice, the Asmara Theater (built in 1918), the Cathedral, various government buildings and City Hall are located on National Avenue. The former residence (Ghibi) of the colonial masters is now used as a national museum. Other sights include the university and the magnificent Mai Jahjah Fountain.

The road to Massawa meanders through charming countryside. The trail passes the famous Debre Bizen Orthodox Monastery. Massawa was an important center in ancient times and is today the most important natural deep sea port on the Red Sea. The three districts of Batsa, Twalet and the mainland are connected by causeways. The port and the old town of Batsa are located on the island of the same name, which is still worth seeing despite the war damage. The architecture bears witness to the long colonial rule of the Turks and Egyptians from the 15th to the 18th centuries. The most important mosque, Imam Hanbeli, was largely spared from the destruction. Most of the city’s restaurants, cafes and bars are located in Batsa.

Let’s go to the beach

The white sandy beach at Gergussum, north of Massawa, is ideal for sunbathing. Assab in the southeastern province of Denkalia is a modern city with beautiful beaches.

Good souvenirs include gold and silver jewelry (sold by weight), wood carvings, leather goods, spears, drums, carpets and wicker. You can bargain on the markets, in the shops the prices are mostly fixed. Opening hours of the shops: Usually Mon-Sat 08.00-13.00 and 14.30-20.30 (regional differences possible).

Italian cuisine dominates in the restaurants of the big cities. Massawa is also known for its fish and seafood dishes. Crabs and lobsters in particular are often on the menu here. Local dishes are very spicy. Drinks: Tea and espresso are drunk black with lots of sugar. In some regions, coffee is served with ginger or black pepper and sugar. Delicious fruit juices from banana, mango and papaya are good thirst quenchers.

Everyday clothing is i. Generally appropriate; conservative clothing is preferred. Informal private invitations are gladly extended. Tipping: Most hotels and restaurants add a 10% service charge to the bill. A 10% tip is only expected in the cities.

Coastal region: temperature from June to August 25°-40°C. December to February between 18° and 32°C. On the tropical northern coast there is a rainy season (Dec – Feb), on the southern coast with the dry desert Danakil desert rainfall is very rare. Best travel time: November to March.

Western Plains: Tropical, fertile south with a rainy season from December to February and arid north. Between the middle of spring and mid-summer, the hottest temperatures of the year are measured at 40°C, December is the coolest month. 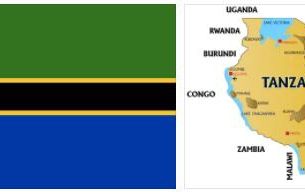 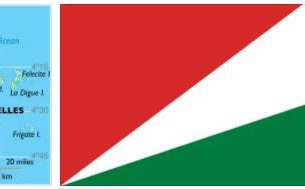