Dili was the capital of the Portuguese Timor-Leste and is now the capital of the new state. Dili also has colonial architecture and a large Portuguese fort dating back to 1627. There is also the State Museum of Timor-Leste, which was founded in 1995 and about a tenth of whose collections survive. The collections include valuable religious carvings, wooden figures, traditional handicrafts, musical instruments and paintings.
Most of the city was destroyed in 1999 and the remaining buildings bear the marks of fighting and clashes. Under the direction of UNTAET, the most important government buildings were rebuilt. Catholic Dili has many churches and a large statue of Christ stands nearbyCape Fatucama on a mountaintop. Outside of town there are several beautiful beaches, the most popular being Areia Branca (‘White Sand’) 3km to the east.

The province of Oekussi belongs politically to Timor-Leste, but is geographically and culturally a part of Indonesian administered West Timor. During the fighting, Oekussi was almost 95% destroyed. The small population lives in scattered hamlets. The capital Pantemakassar was the first Portuguese settlement in Timor and as such has a special meaning for the Timor-Lestin. Pantemakassar is a sleepy little town situated between the mountains and the sea. About 10 m from the beach there is a coral reef that offers excellent opportunities for diving and snorkeling.
Excursions: Fatusuba
is 1.5 km outside of town, an ancient fortress that survived the 1999 demolitions. There is a shrine in the fortress where regional celebrations are regularly held.

Baukau is the second largest town in Timor-Leste and despite the devastation it is still very attractive, with Portuguese architecture and Japanese caves from the WWII occupation. Due to its geographical location, Baukau is pleasantly cool and the beaches, about 5 km from the city, are breathtakingly beautiful. The drive along the coast from Dili to Baukau takes about 4 hours and offers beautiful views of clear water and beautiful beaches.

Batik and embroidered fabrics in traditional Timor-lestan patterns and colors, as well as local carvings and silverware, are good souvenirs.

Timor-Leste’s cuisine is very similar to Indonesian and is based on rice and spices. As in every country, there are also regionally different specialties. Since many (western) foreigners live and work in Dili, there are numerous restaurants and cafes serving appropriately adapted dishes.

Extreme tropical monsoon climate. From July to November it is very dry and hot (eastern monsoon), the western monsoon is the rainy season (December – May). During the dry season there is hardly any precipitation, the rainy season often brings floods and floods. Cooler and wetter in the mountainous regions. 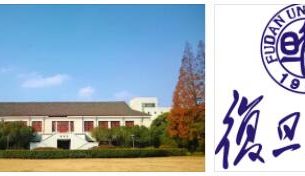 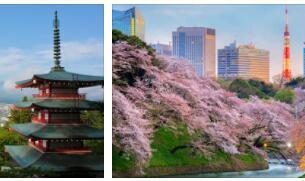 What to See in Japan 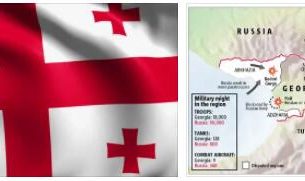