Imported items such as cameras, perfume, china, crystal and English fabrics are sold on the island at reasonable prices. Tailor-made shirts are particularly inexpensive.

The Cyprus capital of Nicosia and most of the coastal towns and cities have a lively nightlife scene to suit all tastes. There is a wide range of international restaurants, including Indian, Italian, French and Chinese specialities. There are also numerous wine bars, lively bars that often host live entertainment, cinemas and nightclubs. The harbor promenades of Larnaka, Paphos, Limassol and Kyrenia are also lined with pubs, nightclubs and bars. The port town of Agia Napa in the southeast of the island is known as the party capital of Cyprus. Here it is mainly the young people who turn night into day, even if more and more restaurants and sophisticated nightclubs open in the holiday resort. Many hotels and resorts have their own restaurants, bars and nightspots, and shows and live performances are often held here. Most cities regularly host evening cultural events and festivals. The most famous events include the Aphrodite Opera Festival, which takes place annually in front of the medieval castle in Paphos Harbour, and the Shakespeare Festival in the Amphitheater of Kourion. Classical plays are often performed in local theaters. Nightlife in the rural areas mainly takes place in and around the local taverns, where one can have a fun evening with a glass of Cypriot wine, traditional music and dancing.

General: The family, including distant relatives, is at the center of Cypriot society. Elderly people are always treated with great respect. Great-grandparents are often seen holding small babies, especially at family celebrations and other celebrations. Faith also has its place in society, and all family members are expected to go to church regularly. Manners: The religious customs and customs of the islanders should be respected. If you go to the more remote regions, you can count on a warm welcome. People shake hands to greet each other, and the usual forms of politeness also apply here. Refusing a Greek coffee or soft drink is considered impolite. With invitations, the hosts are happy about a small gift. Clothing: Neat casual clothing is accepted everywhere. Formal attire is expected for social occasions, exclusive restaurants and business meetings. In monasteries and churches, knees and shoulders should be covered. Swimwear belongs on the beach or in the swimming pool. Photography: It is strictly forbidden to take photos in the vicinity of military installations and facilities as well as in the buffer zone. Photography bans should be observed, even if they are not always well signposted. Artifacts in museums may only be photographed with an official permit, which can sometimes be purchased at the entrance to the museum. In churches with murals and icons, photography is only allowed without a flash. Smoking: Since 2010, smoking has been banned in bars, cafes, discos and restaurants. Some restaurants have a separate smoking area. Smoking is still allowed outside of the restaurants.

Warm Mediterranean climate. Hot and dry summers inland, warm and humid on the coast. Mild winters with precipitation. The best time to travel is from April to October. One should bear in mind that the peak summer months of July and August are very hot. 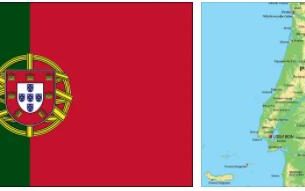 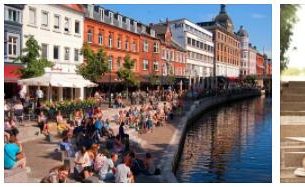 Requirements for Studying in Denmark 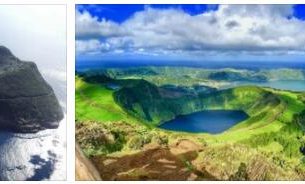 Types of Tourism in Azores, Portugal