What are the Brits really special about? Your courtesy? The typical black humor? Or is it the strong sense of tradition and the cultivation of peculiar customs such as: Drinking tea at any time of the day or adoring the Royal Family? Anyone who spends their everyday studies in Great Britain gets to know the island and its inhabitants with all their peculiarities.

Despite the cultural peculiarities in Great Britain, very few German students are afraid of experiencing a culture shock during the semester abroad. In the following there are some practical hints and tips that students can draw from experience reports as well as from this advisory text.

It has not only been clear since the Brexit vote that many Britons feel geographically connected to Europe, but culturally set themselves apart from other European nations. However, the influence of Western culture in the form of humanism, Protestantism and democracy is undeniable.

The United Kingdom consists of four countries: England, Northern Ireland, Scotland and Wales. The history of the island state, in which there has been a parliamentary monarchy for centuries, was mainly shaped by English supremacy. However, each of the British member states has its own customs and sometimes even its own language.

The whole world has been shaped by works of British literature, art and music. The British were particularly influential in the natural sciences and engineering around the world. Last but not least, some sports that originated in Great Britain have become an indispensable part of today’s sports world. The most prominent example is probably soccer.

The influence of the colonial power Great Britain on the language, culture, laws and economy is, in terms of geographical distribution, noticeable to this day: From Australia and New Zealand to India and South Africa to Canada and the United States, the British past can still be felt today. The colonial history of the United Kingdom is also reflected in the food on offer. The meals during a student life in the UK ranges from snacks from the Caribbean to desserts from New Zealand.

Helpful, humorous and lateral thinking – these are just a few of the cultural characteristics that distinguish the “Britons”. These and other characteristics of British culture are also often one of the reasons for studying on the island.

Always and everywhere in Great Britain: Polite manners come first. To learn more about United Kingdom and Europe, please visit getzipcodes. The British are very courteous towards their fellow human beings and expect this in return from their counterparts. Every question or request should contain the word “Please” and the word “Thank you” as a response. It is generally considered very impolite to interrupt someone in a sentence. If this is unavoidable, apologize immediately.

Polite interaction with one another is a prerequisite, especially in all public places. If you accidentally block or bump into someone, you should immediately apologize with “Sorry”.

Another characteristic of British culture is critical thinking. Brits love to question things in discussions, even outside of the universities and colleges. In no way should this characteristic be viewed as a provocation, but rather as an incentive to gain new knowledge from a lively discussion.

Because it is precisely through debates and discussions that are stimulated by unconventional questions and comments that many of the innovative inventions of the British, such as the steam locomotive or the Internet, arose.

Whether in the supermarket, at a concert or in front of an attraction – one of the most prominent cultural peculiarities of the British is the patience with which they wait in line. Accordingly, any attempt to push ahead is considered uncultivated.

The same goes for everyone who shows their impatience in a restaurant or bar or even complains loudly about the lack of service. The following applies to all types of waiting: stay calm and, if necessary, engage in a nice small talk.

As in almost every country, the UK has certain rules about how small talk is carried out. The usual greeting usually includes the friendly but meaningless question: “How are you?”. Especially if you don’t know the questioner very well, an honest and excessive description of the state of mind is not expected here. A simple “Good, thank you” is usually the best answer.

Likewise, it is considered inappropriate for overly personal questions to be asked during a first encounter. This also includes, for example, the question of religious or political convictions. Until a closer friendship can be built, students should talk to new fellow students about harmless topics such as the weather or upcoming events at the university.

In the UK, too, being late for a class or a date is considered bad behavior. Although punctuality is not as important to the minute as in Germany, an unexcused delay of more than ten minutes should be avoided.

Even if you are delayed by a few minutes, you should apologize briefly with “Sorry”. If the delay is longer than five minutes, an apology should be made in advance as soon as possible and stating the new arrival time.

As in all western countries, there is also a strongly individualistic attitude in Great Britain. Anyone studying in the UK will hear a variety of their own views and opinions. Brits appreciate it when you express your own opinion and not agree to everything out of sheer politeness.

International students in the UK encounter many cultural influences everywhere on campus, while eating or on the go. Great Britain is a multicultural nation that caters to the individual needs of each individual and promotes them through liberal laws. On average, each university has students from at least 20 different countries.

In discussions or in group work, the international students benefit from the many different perspectives.

All kinds of sport are very important in the UK. Team sports in particular are offered in many clubs and societies as part of campus life at British universities. The undisputed national sport is football. When playing or watching, even the otherwise reticent British can get very emotional.

Regardless of which of the many sports in Great Britain it is, one thing is very important: fair play. As a rule, great value is placed on treating other athletes fairly and on the decision of the referee.

Behavioral tips for the UK

The UK is a densely populated nation in most regions. For this reason, there are certain rules of conduct to be observed.

Many British people are usually very reserved and reserved in public. Strangers are not given much attention out of courtesy. This behavior also applies privately. Intrusive or overly curious questions are considered inappropriate here and privacy in your own house or garden should be respected. In the UK, it is only common for close family members to hug.

As a student, you should therefore take every opportunity to take part in organized social events of campus life in the pubs, accommodation and clubs of the Students’ Union

In the UK you should never be afraid to ask questions – whether in the classroom, at the post office, in the supermarket or on the street. Especially at the university, all employees always try to help the students as best they can. International students are well advised to take advantage of the extensive range of services in the UK.

The most important behavioral tips for studying in Great Britain at a glance:

The dos and don’ts in Great Britain at a glance 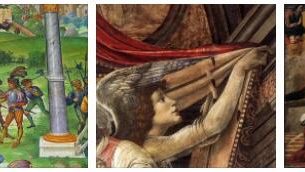 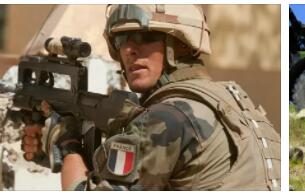 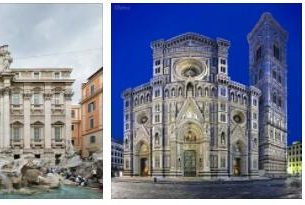