Suwarrow, the southernmost atoll of the northern Cook Islands, is a protected area. Suwarrow National Park is one of the most important breeding grounds for seabirds in the South Pacific. The Suwarrow Lagoon with its fascinating coral formations is an underwater paradise.

Aitutaki is 220 km north of Ratotonga and is the second most visited island – popular mainly for the lagoon (circumference 45 km).

There are only a few places to shop in the Cook Islands, but there are always bargains to be found. Wood carvings, coconut shell ukuleles, the rare and precious black pearls, shell jewelry, woven fabrics, embroideries, Panama hats, coconut mats and baskets all make great travel souvenirs. Many tourists buy a pareu, a multi-purpose, colorfully patterned piece of fabric that they wrap around themselves; this is an ideal garment in the hot climate. The islands’ coins and stamps are coveted collector’s items. There is a large selection of duty-free goods. Tiki Industries and Islands Crafts (website: www.islandcraft.com) have workshops in Avarua and Avatiu, where you can buy wooden carved items. Carvers can be seen at work at Punanganui Marketplace. Tokerau Jim (website: www.tokeraujim.com) in Matavera, Rarotonga, carves delicate shell and pearl jewelry. Every Saturday morning in Avarua there is a colorful market where, among other things, flowers, food, jewelery made of beads or shells and clothing are sold. On the stage in the center of the market there are always small performances such as live music or traditional dance. There are numerous small shops on Rarotonga selling groceries such as fresh vegetables, pasta, bread, canned food and butter. In the supermarkets Wigmore’s Super Store or Foodland you will find a larger range of goods. Food prices are relatively high

The nightlife on the Cook Islands is rather tranquil. You won’t find cool nightclubs and hip bars here. Many tourist resorts and larger hotels have a bar, such as Edgewater Resort (website: www.edgewater.co.ck), which is well known for its cocktails. Some restaurants also have a bar. Most of these are on the island of Rarotonga, such as the Tumunu Garden Bar & Restaurant (website: www.tumunurarotonga.com), where the owners have been serving guests for over 30 years and is one of the oldest restaurants on the island. Usually one location is the party spot for the whole island every night. Festivals are held throughout the year, with singing, dances and often with a peculiar mixture of traditional pagan rituals and Christian liturgy and hymns. The Cook Islands’ legendary gospel choirs are famous and can be heard at Sunday services. On Gospel Day, which takes place every year at the end of October, stories from the Bible are told at open-air gospel concerts. A special experience are the Island Nights, which are held in numerous resorts and hotels. A banquet will feature dance and music performances. The musicians play traditional instruments while the stories of the ancestors are told through the dances. Up-to-date event information can be found in the local tourist information and at the hotel receptions.

On the Cook Islands people like to eat, a lot and well. Due to increasing tourism, there are hotel restaurants and more and more independent restaurants. Seafood and freshly caught South Sea fish feature on the menus of all restaurants. Huge amounts of coconuts grow on the coconut palms all year round and are offered fresh everywhere. Tropical fruits such as avocados, star fruits, guavas, mangoes and bananas as well as citrus fruits, chestnuts and many types of vegetables enrich the menu. Poultry, pork and beef dishes are also offered. In the meantime, there are also some international restaurants where, for example, pizza is served. You can eat Chinese at the Jade Garden in Avarua.

In the larger resorts you can participate in an umukai. At this typically Polynesian feast, food is cooked in the umo, an underground oven. As a rule, an umukai is accompanied by a traditional entertainment program by the locals.

Traditionally, a gift requires a return gift, so tipping is uncommon.

Tumunu is a traditionally brewed alcoholic beverage made from fermented oranges. The local beer Cooks Lager is brewed on Rarotonga.

In the Cook Islands you can drink alcohol from the age of 18.

The locals are very religious, especially on the island of Aitutaki, which has the highest density of churches in the world with 20 churches for 2000 inhabitants. On Sunday mornings we meet at the church service. On some islands there are no flights on Sundays. Although the Cook Islanders have been Christianized, the original culture lives on actively. Especially the dances and costumes are still very well maintained. 55% of the population belong to the Cook Islands Christian Church (Protestant), 17% are Roman Catholic. There are also some Seventh-day Adventists and Jehovah’s Witnesses, as well as followers of The Church of Jesus Christ of Latter-day Saints, Assembly of God, and the Apostolic Church.

General: On the Cook Islands, the clocks tick a little slower, the islanders don’t know hurry or haste. Residents are still closely tied into traditional extended families and island communities, especially those on the remote outer islands. Social manners: The locals are very relaxed, open and hospitable. People quickly address each other by their first names. Invitations to private houses are frequent. It is considered impolite to overtake scooter riders. Clothing: Casual, casual clothing is acceptable everywhere. Women usually wear skirts. Swimwear belongs on the beach. Women are expected to wear dresses to church and social events, and a hat is recommended.

Hot all year round, trade winds moderate the temperatures. Most rain falls on Rarotonga, the northern atolls are drier. The coolest months are from June to August. Most precipitation falls in the warm season from November to March. 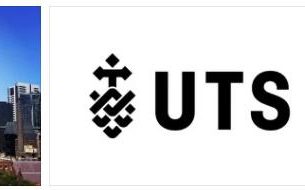 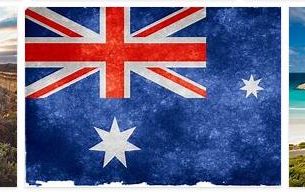 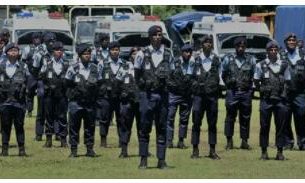