The overwhelming predominance of the Belarusian element, which has always made up approx. 80% of the entire population has preserved the homogeneity of the ethnic composition of the state. Even before Belarus, in 1918, was proclaimed a Soviet Republic, the Belarusian or White Russian ethnic group, so defined because of the prevalence of white in traditional costumes, had already developed a feeling of ethnic-cultural differentiation towards the very similar neighboring populations, some minorities of which, in particular Ukrainians and Poles, also lived on its own territory. According to iamhigher, the 2009 census confirms that the country’s population is mainly made up of Belarusians (81.2%); Russians represent the second most important ethnic group (11.4%); there are then, Brest and Grodno, Jewish (0.3%) and others (0.8%). In addition to being one of the most ethnically compact, Belarus also boasted, compared to the other Republics of the former Soviet Union, better economic and socio-cultural conditions, an advantage that remained (so much so as to make Belarus the destination of a migratory flow from these same Republics) despite the deterioration and the economic crisis following the proclamation of independence. In assessing the general living conditions of the Belarusian population, the effects of the explosion of the Ukrainian Chernobyl nuclear power plant must be borne in mind., which took place in 1986 a few kilometers from the southern borders of Belarus. This variable has had and will certainly continue to have a certain influence on demographic dynamics, altering the normal rates of population growth which, starting from 1994 and up to the early years of the new century, recorded negative values ​​ (2005 estimate: -0, 09%) despite a small but constant surplus in the migratory balance. The negative growth is due to the simultaneity of phenomena such as the very low birth rate (10 per thousand in 2010) and fertility (1.3 children per woman in 2010) and the high mortality rate (15 per thousand in 2010), all influenced in various ways also by the consequences of Chernobyl. There has also been a notable increase in the rate over the past three decades urbanization (74.2% in 2010, compared to 50.3% in 1975) traditionally very low. In addition to the capital Minsk (1,804,700 residents in 2010), also the capital of the district of the same name and the only true metropolitan area of ​​the country, the main cities are Homel ‘ (499,000 residents), Mahilëu (372,000 residents), Vicebsk (356,000 residents), Hrodna (338,000 residents) – all industrial centers, housing chemical, mechanical and food factories – and Brest (318,000 residents), oriented towards a commercial vocation since the days when it was only a post office on the road from Moscow to Berlin.

Flora and fauna of Belarus are not unlike those of Poland and western Russia: vast areas of the territory (39%) are covered by coniferous, oak, beech and especially birch forests, while not even a third is cultivated. In the south of the country there is also one of the largest European extensions of swampy forest, with a unique ecosystem that in recent years has been paradoxically “protected” and kept intact because it is partly contaminated by radionuclides deposited after Chernobyl. In the woods and especially in the numerous nature reserves (four national parks and seven protected reserves, for a total of 6.5% of protected areas) there are moose, fallow deer, wild boar, wolves, foxes, squirrels, martens, hares, beavers, otters, minks and badgers. The bear and the lynx also meet quite numerous. The Belavezhskaja Pushcha National Park, not far from Brest, on the border with Poland, is the largest primeval forest in Europe (included in the “World Heritage Site” by UNESCO) and hosts approx. a thousand European bison, now almost completely disappeared elsewhere. Tawny owls, herons, eagles are numerous, in a poultry population that includes almost 300 different species.

Belarus lies in the Atlantic-continental transition area with relatively mild and humid winters and cool, rainy summers. The continentality progressing eastward is particularly evident in winter: the mean January temperature ranges from -4 ° C in the southwest to -8 ° C in the northeast. In summer, the temperature differences between north and south are only slight, with an average temperature of 17–19 ° C. The total of the annual precipitation amounts to 550–650 mm in the lowlands and 650–750 mm in the hill country. The maximum of the precipitation falls in the warm season, the summer is therefore often cloudy and cloudy. In connection with the impermeability of glacial clay soils, the high levels of precipitation in relatively cool summers cause the formation of raised bogs and fens which are particularly concentrated in the north-east and south of the country. Belarus is rich in surface water (around 10,000 inland lakes, 130 reservoirs and 20,000 large and small rivers). 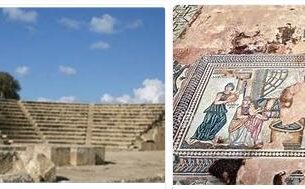 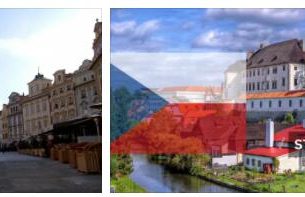 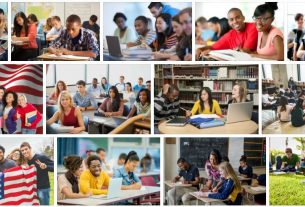